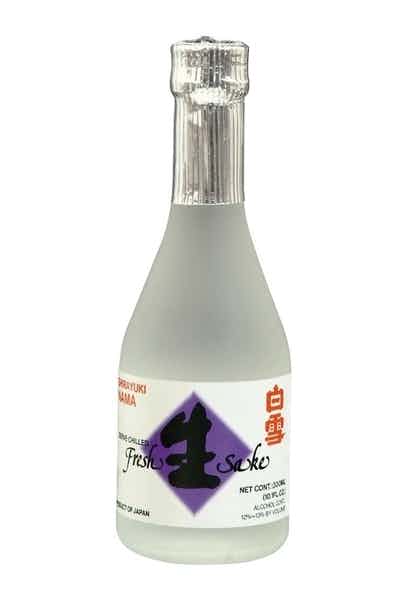 "SHIRAYUKI" SAKE was first produced in 1550 in the district of NADA(near Kobe) which has long been famed as the home of SAKE. The Sakes brewed there have enjoyed the public appreciation as the best of all as noted by traditional adage, "NADA-NO KI-IPPON" in Japanese that means "NADA's, the Purest". We may well say that NADA is to Sake what SCOTLAND is to Whisky, COGNAC to Brandy and MUNICH to Beer. NADA owes its intrinsic prominence in brewing to "MIYAMIZU," the Divine Water which is obtained from the shallow underground flow of water infiltrated through the layers of sand and shells while coming down from the granite hills of Rokko Mountains; it is of the superb and incomparable quality for brewing Sake with. Moreover, the best quality of rice suitable for the brewing is harvested in the local fields. The longevity of a brand as of "SHIRAYUKI" for over four centuries, however, does mean so much of an exception and a distinction even in NADA. It is for the Brewery's firm conviction and tireless effort that awarded them with such a splendid fortune as theirs. Although it has been an established habit with the Japanese to drink Sake warmed up moderately by putting the small pot of it in hot water for some minutes, thanks to the improved modern method of brewing, it has become a very fine enjoyment to take it chilled or use it as the base for Cocktails with other liquors as well as "On the Rocks."