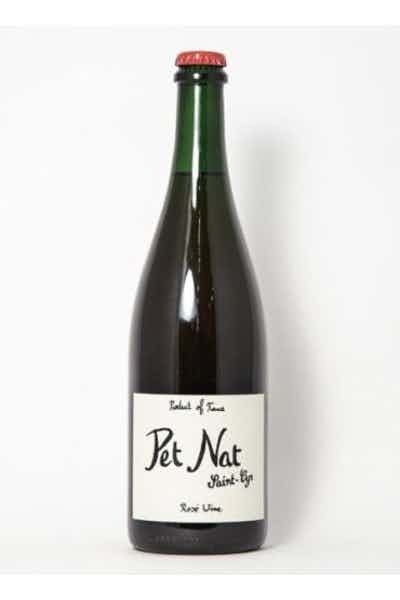 ORGANIC. LOW-SULFITE. VEGAN. MINIMAL INTERVENTION. NATURAL. Raphael Saint Cyr is the fourth generation vigneron at the Domaine de Bellevue, which was created by his great-grandfather Pierre Saint Cyr in Anse at the southern edge of the Beaujolais. When Raphael took over the winemaking in 2008, he let go of a large portion of Beaujolais vines around the winery, and acquired vines further north in the crus of Morgon, Regnié, Chénas, and Moulin-à-Vent. At the same time, he converted the entire 23 hectare domaine to certified organic viticulture, making Domaine de Bellevue the largest organic domaine in the Beaujolais. Unusual for the region, the crus are all single vineyard parcels, and the name of each terroir is listed with each wine. They are fermented in concrete tanks and then aged in used barrels for 12-18 months. La Galoche, the straight Beaujolais cuvée, is aged for 6 months in concrete tanks. All of the wines are vinified with natural yeasts. 100% Gamay. Sourced entirely from a 8 hectare parcel in Anse, the vines are between 20 - 40 years old grown on clay and limestone soils. Direct press, cold settling. Fermentation started using native yeast in stainless steel and lasts around 1 month before bottling at low brix to capture remaining CO2 and create bubbles. No additives of any kind including SO2. Disgorged in December following harvest (disgorged after approx. 3 months in bottle)