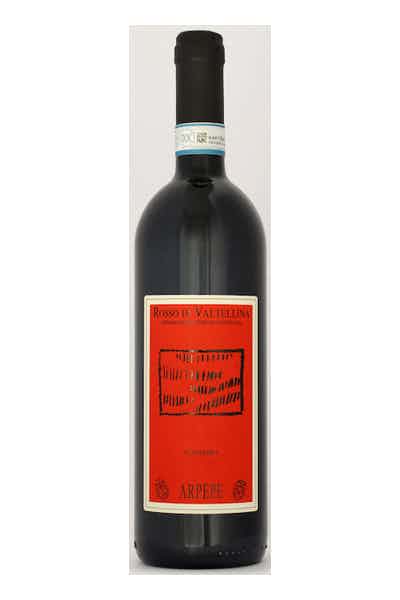 When he introduced his "prelude to violin solo" to the Parisian public, young Johan Sebastian Bach appeared fragile and evanescent, but master of an impressive technique. He had nothing ordinary and every single stroke of the bow rang a new music that left everyone open. When the first Italian POPWINE ranking was revealed at Vinitaly 2014, Rosso di Valtellina first reached the summit. The Gazzetta dello Sport narrated the rise of this nebula Nebbiolo of the Alps by making it known the juvenile impetus and the modern expressive elegance. The Red of Valtellina DOC of ARPEPE was born in 2003 in a torrid summer, hard for our vineyards and our vineyards. It was not right to develop such fatigue by selling the grapes, which were unsuitable for long-aging vinification. The choice was natural: what could have little value in the distant future can be ennobled at a young age. The Rosso di Valtellina thus matured a free and carefree character, despite his older, brilliant and refined brothers, afraid of keeping it in time.