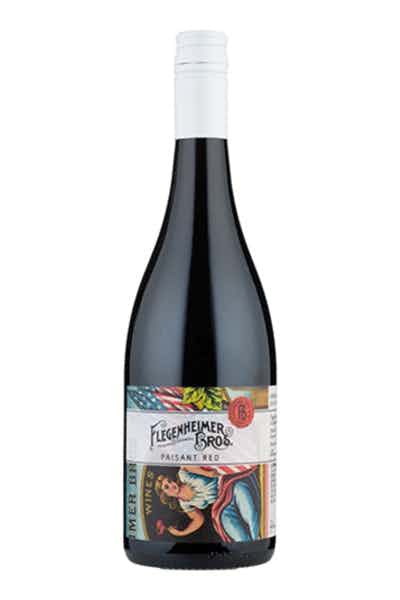 "It’s not a stretch to suggest that wine is in the blood of the Flegenheimer family. Benjamin Hammerschlag’s family arrived in the U.S. from Germany in the late 1800s. Benjamin’s great-great grandfather married a Flegenheimer girl, and joined her family’s business. The Flegenheimers were New York wine merchants — a thriving, pre-Prohibition enterprise with locations from Brooklyn to Yonkers, and from Hoboken to Newark. It was known throughout the area that the Flegenheimer Bros. dealt exclusively in quality beverages. The business was still flourishing in 1919 when the manufacture, transportation and sale of alcoholic beverages was outlawed in the U.S. Now, three generations later, the youngest Hammerschlag has decided to resurrect the family’s heritage by making wines from his property in Australia’s McLaren Vale. The 2013 Flegenheimer Bros. “Paisant Red” is a sublime Grenache, with just a splash of Shiraz, that deliciously perpetuates the family’s tradition of dealing only in quality beverages."