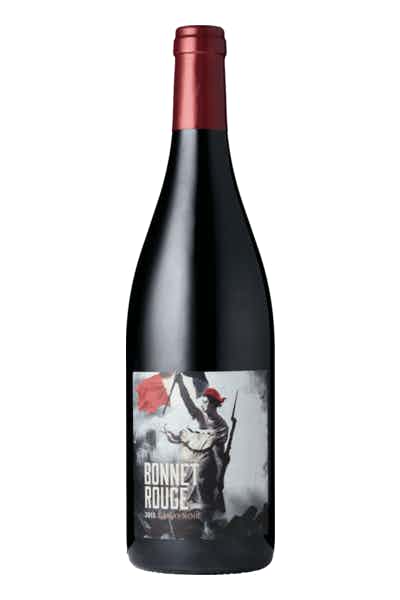 The French revolution was fought by scrappy, working-class partisans that took up arms to fight for their freedom and equality. The peasant soldier unable to afford formal uniforms donned a “Bonnet Rouge” or Red Cap of Liberty to show their allegiance to the revolutionary cause. Now Bonnet Rouge carries the revolutionary spirit back to the Beaujolais region of France. For the past thirty years, the wine markets of the world have been flooded with mass-produced Beaujolais wine of poor quality and dubious craftsmanship. Despite this fact, artisanal winemaking has never been forgotten in Beaujolais. It has soldiered on by small winemakers making limited amounts of distinctive cru Beaujolais wine. Now Bonnet Rouge has partnered with top winemakers in Beaujolais to produce a top-quality Beaujolais Gamay Noir. Breaking free of the traditional hierarchies of French winemaking, Bonnet Rouge is a blended wine from different premium cru Beaujolais vineyards to create wine of character and distinction. VIVE LA REVOLUTION! The Gamay Noir grape is the cousin of Pinot Noir and “Burgundy’s other red wine.” A century ago, Gamay Noir from Beaujolais was the most expensive and sought after wine of Burgundy. Gamay is the ultimate food wine even more versatile than Pinot Noir as it can stand up to heavier meat and poultry dishes. Both in price and palate, well-made. Gamay Noir is a quintessential food wine that deserves a place on every table as a perfect everyday drinking wine of the people.