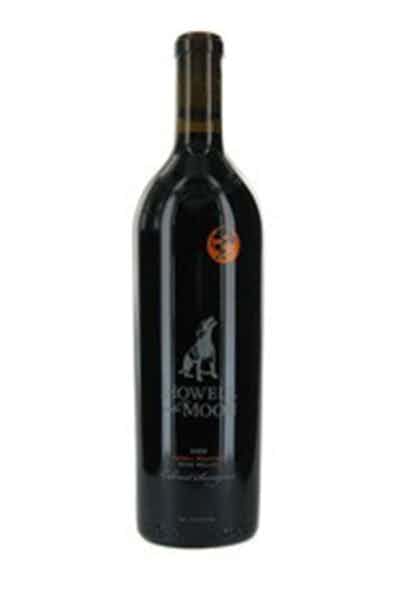 Howell At The Moon Cabernet Sauvignon

The harvest was defined by light rainfall in Winter and Spring that set the vines up for a low vigor year, and produced small canopies and very, very small berries. Less vine growth is easier to manage, so long as the crop load is appropriately balanced. The fruit clusters began the year with fewer than usual flowers, as a result of the cool spring of 2007 when these smaller clusters were laid down for our current year. A week of warm temperatures in March gave us early budbreak, rapid growth and flowering about ten days earlier than typical, but changable weather during flowering caused some shatter (when flowers do not set fruit), an event rare in Cabernet but common in Malbec and Merlot. The slight shatter made the already small open clusters even lighter. Given the smaller vines, this lighter crop load was naturally closer to balance and required less vineyard work to balance the vines. We still came through and performed a post-veraison green drop, where the last ripe fruit is removed, as this is an essential step to control fruit quality. Overall, the growing season was mild and fairly cool which promoted even and gradual development with the exception of a late August heat spike that quickened sugar accumulation, and early cold snaps in late September sent the vines into fall senescence in October.

View all products by Howell at the MoonCalifornia Residents: Click here for Proposition 65 WARNING