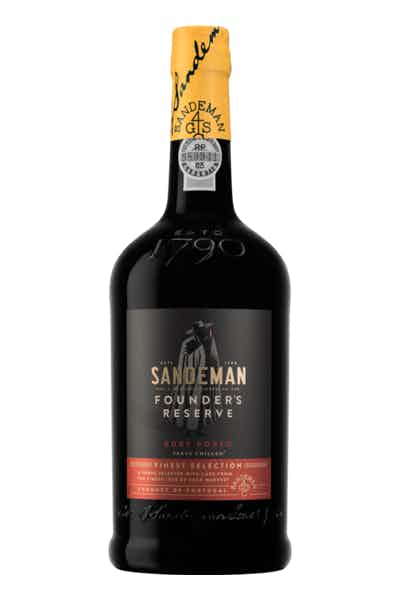 Named in honor of the Founder, this Reserve Port is one of Sandeman’s greatest Ports. Selected from the finest “lots” of each Vintage and aged for 5 years, it is full of the power, fruit and fire that distinguishes classic Port. Sandeman Founders Reserve is the culmination of 230 years of expertise.