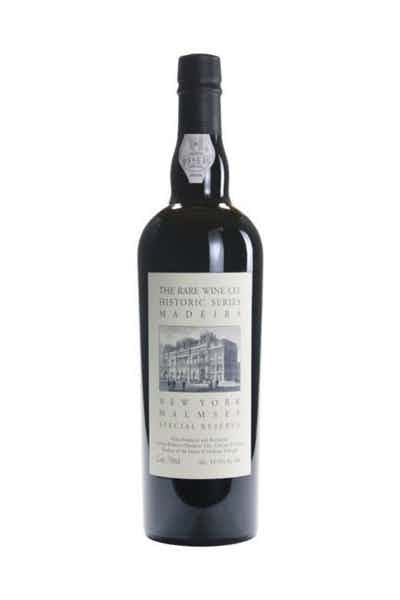 In the 18th and 19th centuries, Madeira was the United States’ most prestigious wine, shipped to connoisseurs in major seaports from New Orleans to Boston. Prominent families purchased vintage Madeira in cask or demijohn, and built sizeable collections for long-term aging. In the late-1800s, successive plagues of Oïdium and Phylloxera devastated Madeira production, and the tradition of Madeira drifted into obscurity. As America’s leading merchant of rare, old Madeiras, The Rare Wine Co. has been a major force behind Madeira’s recent revival in the marketplace—introducing a new generation of wine lovers to the wonders of vintage Madeira. But it was long a dream of ours to introduce Madeira’s glory to a broader market—teaching Americans about both Madeira’s magical quality and our two centuries of shared history ... Thus the Historic Series was born. The RWC Historic Series represents a close collaboration between The Rare Wine Co. and Vinhos Barbeito. First conceived in 1998, the goal from the beginning was to produce a series of affordable varietal Madeiras that possess the magical qualities of great Vintage Madeira. The difficulty of such a task was great, and, in fact, it took four years to perfect the blends. But finally in 2002, the first two wines in the series—New York Malmsey and Boston Bual—were released. And in 2004, the third in the series, Charleston Sercial, was released. The market reception has been extraordinary. EACH WINE is made up of 85% of the stated varietal, selected from parcels of wine averaging 15 to 20 years old. The remaining 15% is very old Tinta Negra Mole, 40 to 60 years of age, which gives the wines much of their aged vintage character. EACH WINE is named for an American seaport where Madeira was popular in the 18th and 19th centuries. The labels feature early engravings and historic information, further evoking a sense of Madeira’s towering importance in American history.