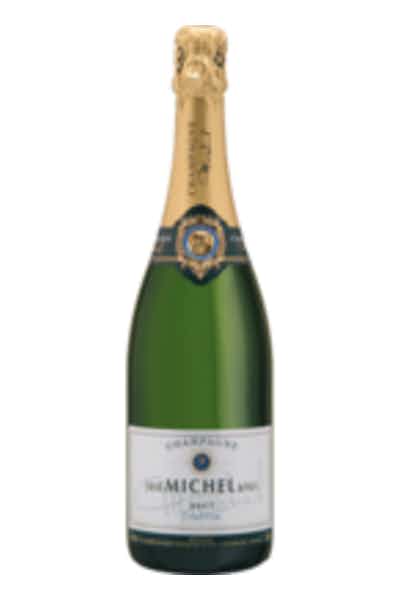 José Michel made his first vintage in 1955 and thanks in part to his cellar of very old bottles of Pinot Meunier, he has developed a cult following for his Champagnes. This “Maison de Tradition” began in 1847 and five generations later, José and Nicole carry forward a wonderfully artisanal sensibility to their craft. They are a founding member of the group, “Tresors de Champagne” known as the “Special Club”. José Michel is located in Moussy, a small village just south of Epernay. The 11 hectares of vineyards are spread throughout a number of villages, mostly along the Cotes D’Epernay. The vineyard sights with a richer clay soil are planted to Pinot Noir and Pinot Meunier. The lower slopes which have a calcareous soil are planted to Chardonnay. José Michel was the first in his family to plant Chardonnay which he did beginning in 1958. Fermentations are carried out in old oak casks or enameled steel vats and the wines go through a malolactic fermentation. José Michel is certified “Level 3” the top level of certification in Haute Valeur Environmentale. The non-vintage Brut is a blend in which the 70% Pinot Meunier forms the base and 30% Chardonnay adds complexity and finesse. In addition to the base vintage (typically 2 years old), the NV Brut benefits from being blended with reserve wines that are often 4 or 5 years old. The champagne is typically 2+ years “sur lattes” and carries a dosage of 9 grams.