When talking about the great wine regions of the world, it goes without saying that Bordeaux is found towards the top of the list. Although best known for renowned, age-worthy reds, the region is also celebrated for its thirst-quenching whites, savory rosés, and some of the best dessert wines in the entire world. Understanding the world of Bordeaux is actually less complicated than you might think; follow this simple Bordeaux breakdown and you'll sipping with ease through the GIronde department in no time. 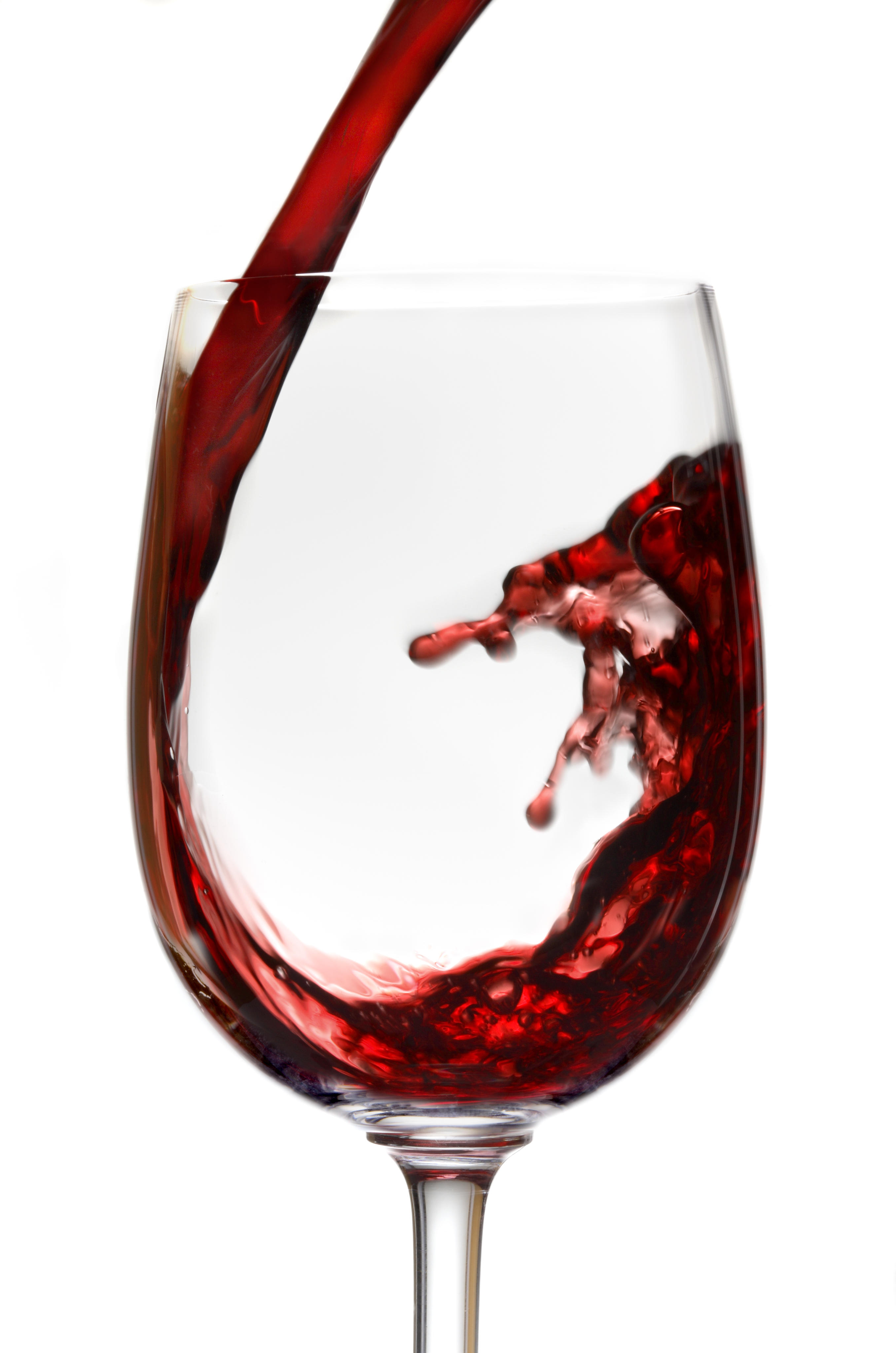 The wine region of Bordeaux is found in the southwestern portion of France, with the city of Bordeaux as its center. The region covers the entire Gironde department of Aquitaine, with nearly 300,000 acres under vines. Over 50 wine appellations exist in Bordeaux alone! Unlike Burgundy, where wineries are referred to as domaines, wineries in Bordeaux are referred to as châteaux (AKA, fancy AF.) In addition, where Burgundy is famed for its varietal wines, Bordeaux is celebrated for its flawless blends, both red and white. Mixing it up never tasted so good.


Breaking down the Bordeaux blend is the first step to understanding the region best. Formerly (and sometimes, currently) known by the Brits as claret, red wine blends from Bordeaux are generally dominated by Cabernet Sauvignon or Merlot (we'll get to that in a second…) with Cabernet Franc, Malbec, and Petit Verdot playing second fiddle. The wines are medium to full bodied, depending on the assemblage within the bottle. For white blends, Sauvignon Blanc and Sémillon reign king, with specklings of Muscadelle occasionally thrown into the mix. In dry white production, it's common to find varietal Sauvignon Blanc, though this is one of the only non-blend exceptions.

The climate, soil, and geography of Bordeaux are extremely distinct throughout various parts of the region. The biggest defining characteristic is the Gironde, which splits the region into Left Bank and Right Bank. The estuaries of the Gironde, the Garonne River and Dordogne River, naturally irrigate the array of soils that comprise the region. The area between the two rivers is known as Entre Deux Mers, which translates to 'between the two seas.' Red wine production dominates throughout Bordeaux, though dry and sweet whites still hold a strong, significant presence. Moral of the story: if you like wine, then there's something in Bordeaux for you.

Classifying Bordeaux can be easily broken down into six main categories: Left Bank reds, Right Bank reds, Bordeaux Supérieur (red), Côtes de Bordeaux (red), Dry whites, and Sweet whites. Once you get a grasp on these categories, you've basically got the gist of the region under your belt. Take a closer look here:

Left Bank Bordeaux is the star of the show. When we hear about grand chateaux, world-renowned classics, and bottles that can be aged for decades, you can be pretty certain the wines have come from this side of the Gironde. The terroir of the Left Bank has proved to be highly conducive for grape growing, making some of the world's most sought after bottles.

Here, the soils are gravelly and well draining, allowing for optimal irrigation. Left Bank blends are dominated by Cabernet Sauvignon, though generally include a hefty portion of Merlot. Due to Cabernet's strong backbone and prominent tannins, Left Bank wines can age for decades and are generally pretty unpleasant to drink young. The city of Bordeaux is found here, with the wine producing Médoc region to the north, Graves to the south, and a bunch of other highly regarded appellations scattered in between. Within the Médoc, you'll find Pauillac, Margaux, Saint-Julien, and a handful of other famous appellations. Further south in Graves, you'll stumble across Pessac-Leognan, as well as Sauternes and Barsac, two appellations known for their age-worthy, winegasm inducing dessert bottles. All five 'First Growths' of Bordeaux are found on the Left Bank.*

*Basically, in 1855, Napoleon III decided that he wanted to show off Bordeaux's best wines to visitors. How to do that? Create a classification system, of course! The top five rated wines, otherwise known as 'First Growths,' all come from the Left Bank of the Gironde.
Right Bank

Right Bank Bordeaux is home to equally renowned wines as the opposite bank, just a bit more approachable in both price and palate. Here, the blends are dominated by Merlot, which brings lots of rich, fruit-forwardness and more refined tannins that are easier on the palate in their youth (though don't worry, many Right Bank wines are age-worthy as well!)

The area is situated around the city of Libourne, though the most praised appellations of the region are Pomerol and Saint-Émilion. On the northern part of the Right Bank sit Bourg and Blaye, claiming the titles of oldest wine producing areas in the entire region. There is also a strong production of sparkling wine here, as well as Ugni Blanc plantings for cognac production-- because sometimes you need a little distilled grape spirit to break up your wine guzzling, right? Bordeaux Supérieur and Côtes de Bordeaux
For quality, everyday red Bordeaux, look no further than these two regions. Red wines from both the Supérier and Côtes de Bordeaux appellations come from all over the region, though most are found on the Right Bank and in the Entre Deux Mers part of Bordeaux. Because of this, the wines are generally Merlot dominant, with lots of juicy, fruit-forwardness and easy-to-drink tannic structures. Côtes de Bordeaux is often seen as a step between basic Bordeaux and more celebrated appellations, and its more specific appellations can be found along the sloping edges of the larger Bordeaux region. If you're on a budget like ours, these will be your go-to guys.
Dry Whites
Dry white wines are produced all throughout Bordeaux, classified under the larger umbrella of the Bordeaux Blanc appellation. These wines are either varietal Sauvignon Blanc, or SB dominant blends complemented with smaller portions of Sémillon and Muscadelle. On the Left Bank, Graves is the only region to have its own classification system for dry whites.

Depending on the percentage of Sauvignon Blanc, bottles of Bordeaux Blanc can be zesty and refreshing, though the palate becomes richer and creamier when higher percentages of Sémillon are added to the mix. Step away from that recurring bottle of New Zealand SB and give Bordeaux Blanc a shot. We dare you. 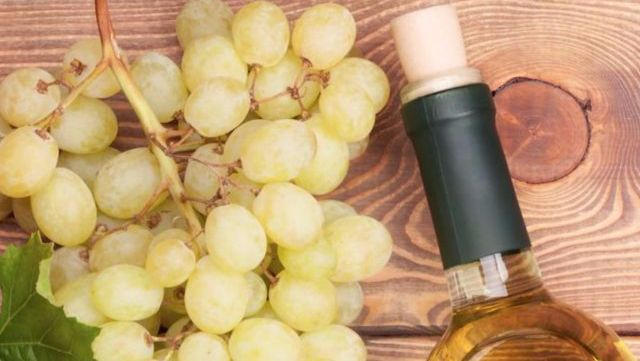 Made from the same grapes used to produce dry whites, the sweet wines of Bordeaux are some of the most sought after bottles in the entire world. These wines achieve their sweetness thanks to Botrytis cinerea, otherwise known as 'noble rot.' Basically, morning fog causes a grey fungus to form on the grapes (don't worry, it's a good thing!) causing grapes to lose water and therefore concentrate their sugars. Sauternes and Barsac are the two most renowned regions in Bordeaux for these highly in-demand bottles.
Now that you've got the knowledge, stats, and basic information down, it's time to get to the fun part-- tasting! We recommend grabbing a bottle from each of the six categories to experience the versatility of this renowned region. Even better, grab five vino-loving friends, assign a region to each person, and have a Bordeaux-induced blast! Don't forget the Entrecôte Bordelaise-- and a huge cheese platter, of course. .