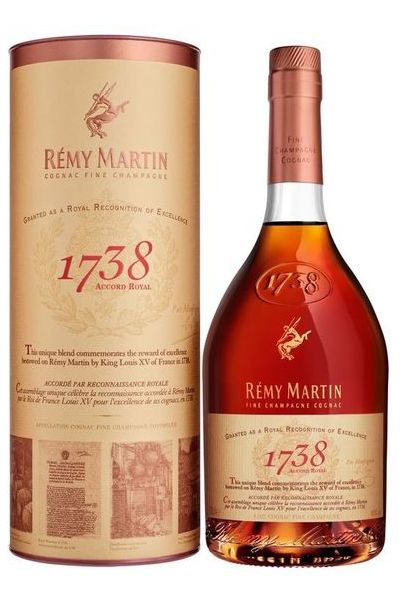 Rémy Martin 1738 Accord Royal
Shop Now
A drink that makes any home a castle. The Rémy Sidecar is the iconic cognac cocktail.

There's no better cocktail for nights in than the Old Fashioned. And no version is more perfectly complex than this one.

The Original Margarita was created in 1948 when Dallas socialite Margarita Sames mixed her two favorite spirits, Cointreau and tequila, together with lime juice while vacationing in Acapulco. This original recipe has stood the test of over 70 years' time. As Margarita Sames said, "A Margarita without Cointreau is not worth its salt."

The Cosmopolitan was created by Toby Cecchini in New York City at The Odeon in 1988. Cecchini took an existing, imperfect cocktail making the rounds in San Francisco and added Cointreau and fresh juices, establishing the elegant recipe that tipped the world into the modern craft cocktail movement. This blush pink cocktail has an established history as one of the most well-known classic cocktails, and certainly the most iconic drink to emerge from the 80s. A mainstay at top bars around the world, The Cosmopolitan has influenced pop culture - from the big screen to fashion runways - and remains a cocktail of choice for tastemakers worldwide.