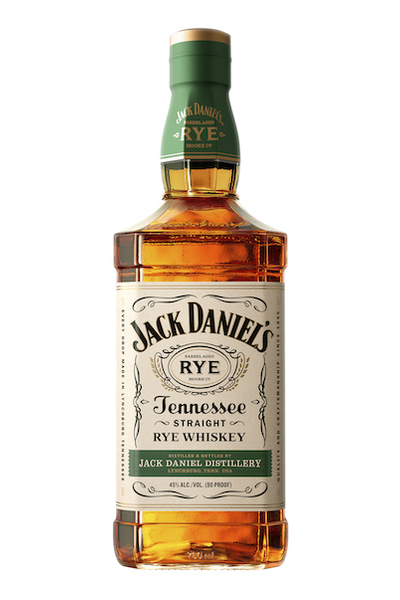 Jack Daniel's Rye Tennessee Whiskey
Shop Now
A highball cocktail is just a fancy name for whiskey and any type of mixer. Traditionally served over ice in a large, straight-sided Collins glass, the cocktail is over a century old and the question of who first served one is a mystery. Some folks say it was brought to the United States by an English actor. Some say it was created by a bartender strapped for ingredients. One thing we know for sure is that using Jack Daniel's Tennessee Rye makes for a pretty good one. With a distinct, spicy character that stands up against mixers, Jack Rye offers a bold take on a cocktail classic.

When smooth, charcoal-mellowed Tennessee Whiskey first met the sweet fizz of Coke®, America's classic cocktail was born. The natural vanilla of the whiskey mixes so perfectly with the heavy caramel of the Coke®, it's almost like the two were made for each other.

Since the early days of cocktails, lemons have had a knack for complementing the bold character of whiskey. And the refined taste of Gentleman Jack takes this classic pairing to exceptionally smooth heights. With a Gentleman's Sour, the tart flavor of lemon is rounded out by a smooth, double-mellowed finish that brings you right to Lynchburg.

Legendary London bartender Dick Bradsell created the Bramble in 1984 whilst working at Fred's Bar in London's lively Soho neighborhood. It was intended to be a quintessentially British cocktail inspired by British flavors. The Bramble rapidly became the go-to gin drink in many bartenders' repertoire and arguably propelled gin cocktails back into the limelight. Perhaps the only true "modern classic" cocktail.