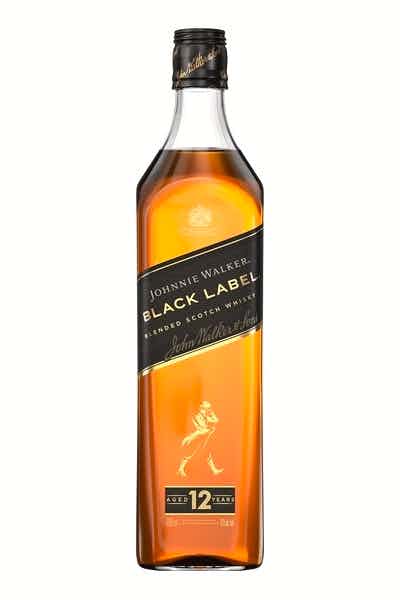 Blended whiskey varies in its exact definition, depending on which country is making the product. In Scotland, blended whiskey often means a mix of malt- and grain-based whiskey; in the United States, a blend generally suggests a blend of whiskies with other neutral-tasting, non-whiskey spirits; in Canada, it’s a combination of single-distilled whiskey with high-proof double- and triple-distilled whiskies; Irish blended whiskies are similar to their Scottish brethren, though may include a distinct “single pot still whiskey” that combines both malted and unmalted barley grains. Because of the variation in regulations from country to country, the term blended whiskey could apply to many different forms of the beloved golden spirit.
Most Canadian whiskeys are, in fact, blended whiskey products, in large part due to the country’s unique blending process that combines single-distilled whiskey with super clean double-distilled and triple-distilled whiskies. As such, Canadian blended whiskeys are distinct in taste from similar products that hail from other parts of the world; our neighbors to the north tend to imbibe on lighter whiskies known for their smooth finish and heavy rye flavor. Canadian law requires a strict aging process similar to the standards set by Ireland and Scotland: all Canadian whiskey must be aged in wooden casks for no less than three years.
Whiskey itself is a grain-based alcohol aged in wooden casks; common whiskey grains include the same you might see on the back of your favorite cereal box, like corn and wheat, though barley malt and rye lend whiskies much of their distinct flavor. Depending on the country from which your whiskey is made, blended whiskey is made from different proofs of whiskey, different distilleries or different kinds of grain bases. In the United States, however, blended whiskey is made from a minimum of just 20% of actual whiskey, whereas the remaining 80% is a mysterious brew of flavorings, natural colorings and even other grain-based liquors besides whiskey.

Johnnie Walker is the world's premier maker of Blended Scotch Whisky. Composed of more than 30 malt and grain whiskies, Johnnie Walker Black Label offers all the flavors of Scotland in a glass. Full of dark fruits, sweet vanilla, and signature smokiness—this iconic blend can be enjoyed neat, on the rocks, or in a classic cocktail. 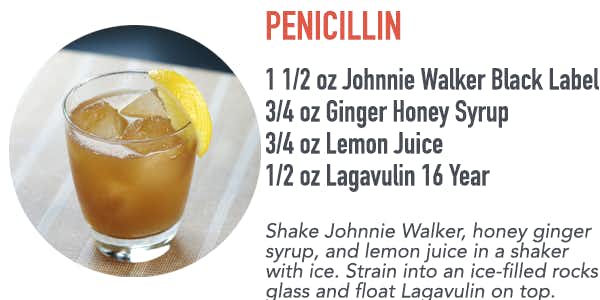 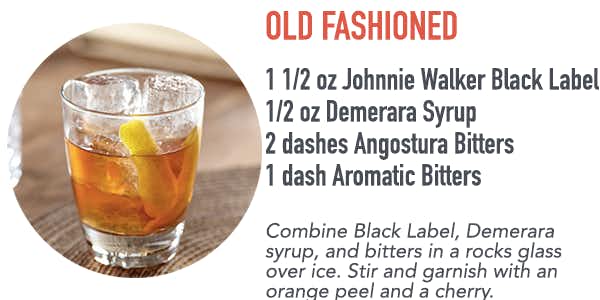 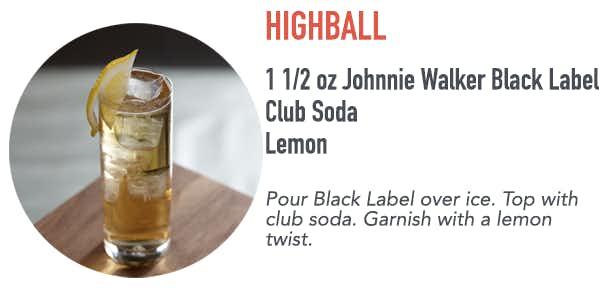 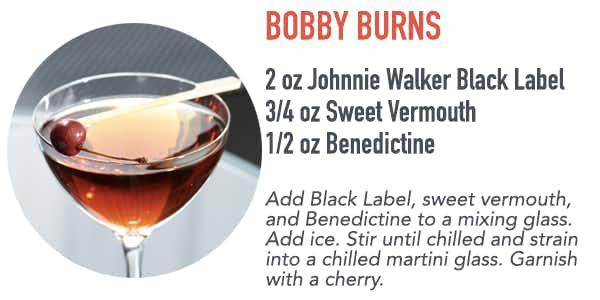