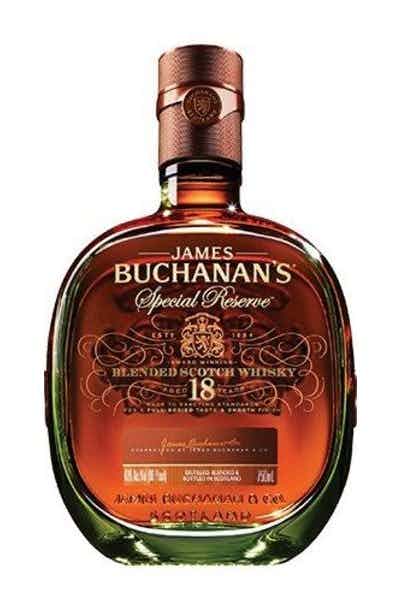 Buchanan's is a blended malt Scotch owned by Diageo, named for James Buchanan, who, after working in the grain industry, established James Buchanan & Co. to make more affordable styles of whisky available to the public. Since he also did so much business in the horse trade in South America, the brand has found huge success in that market and is now very popular among South Americans living in the US. The 18 Year Reserve consists of a blend of single malts, the youngest of which are at least 18 years old.