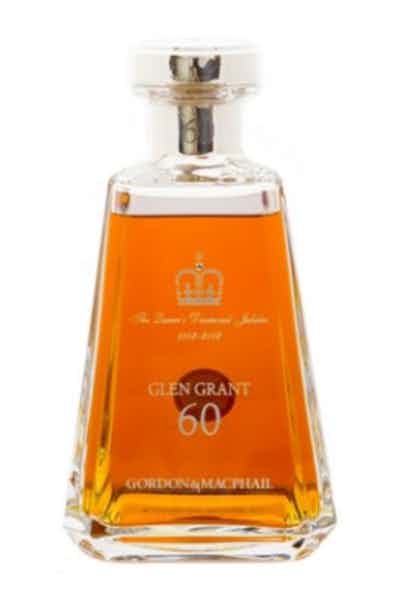 On the 6th February 1952, Her Majesty Queen Elizabeth II acceded to the throne of the United Kingdom of Great Britain and Northern Ireland and became Head of the Commonwealth. Four days earlier on the 2nd February 1952, on the instruction of George Urquhart, two First Fill Sherry Hogsheads - cask numbers 465 and 466 - were filled at Glen Grant and left to quietly mature at the distillery. Cask 465 was transferred to the Bonded Warehouses of Gordon & MacPhail on 26th March 1968. On the 2nd February 2012, exactly sixty years after the whisky was distilled, the instruction was given to carefully empty cask number 465 and bottle the precious contents at cask strength. In honour and celebration of Her Majesty's Diamond Jubilee, the Directors at Gordon & MacPhail have released just 85 decanters of Glen Grant 60 Years Old.