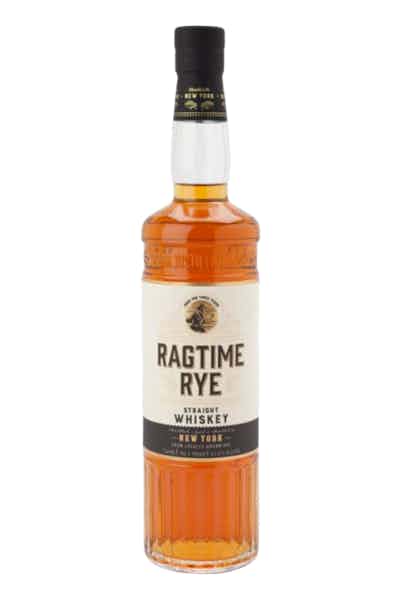 The eventual release of Ragtime Rye has long been the goal of the New York Distilling Company, based in Brooklyn. As their whiskey came of age, in 53-gallon new, charred American oak barrels, the distillery released Chief Gowanus, an aged gin, and Rock and Rye, incorporating one year old rye whiskey. Here, the matured spirit, a straight rye whiskey with a 72% rye, 16% corn and 12% barley mash bill, has spent 3.5 years in the barrel. Released September 2015.