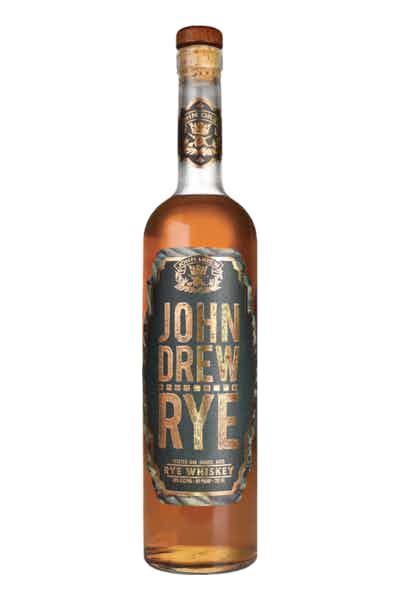 John Drew Collection “Rye Whiskey” was distilled in Alberta, Canada, then aged in Oak Barrels for 4 years before being shipped to Florida and held for Jonathan Drew for an additional three years. The birth of the JOHN DREW COLLECTION began almost twenty years earlier when a young Jonathan Drew ventured from Brooklyn, New York to a remote valley in Nicaragua to open a boutique “hand-made” cigar factory, which he would soon call his home. JD didn’t just move to Nicaragua, he actually lived inside the factory for 15 years. Now, that’s hard core …! It was during those formidable years, deep in the northern mountains of Nicaragua where JD cut his teeth at craft production, making the hand made premium cigars that truly changed the industry. Best known for “Market Disruption” before the word was an art form. JD was the ORIGINAL DISRUPTER. The irreverent… the radiant … the straight out maverick who wrote the book, religion bent to “Destroy & Rebuild” everything in his path. And that’s real talk. Ask your neighbor. Awarded with pioneering new market segments in the premium cigar industry with brands such as ACID Cigars, Liga Privada, and Kentucky Fire Cured, his dream was to venture deeper into his artisan core and push the limits in craft spirits, beer, and even food. And so the story of JOHN DREW begins… a journey filled with pain and joy, all things craft, and an army of random folk who became his family throughout the years. JOHN DREW RYE is smooth and balanced, with robust layers of rich caramel, vanilla and spice.