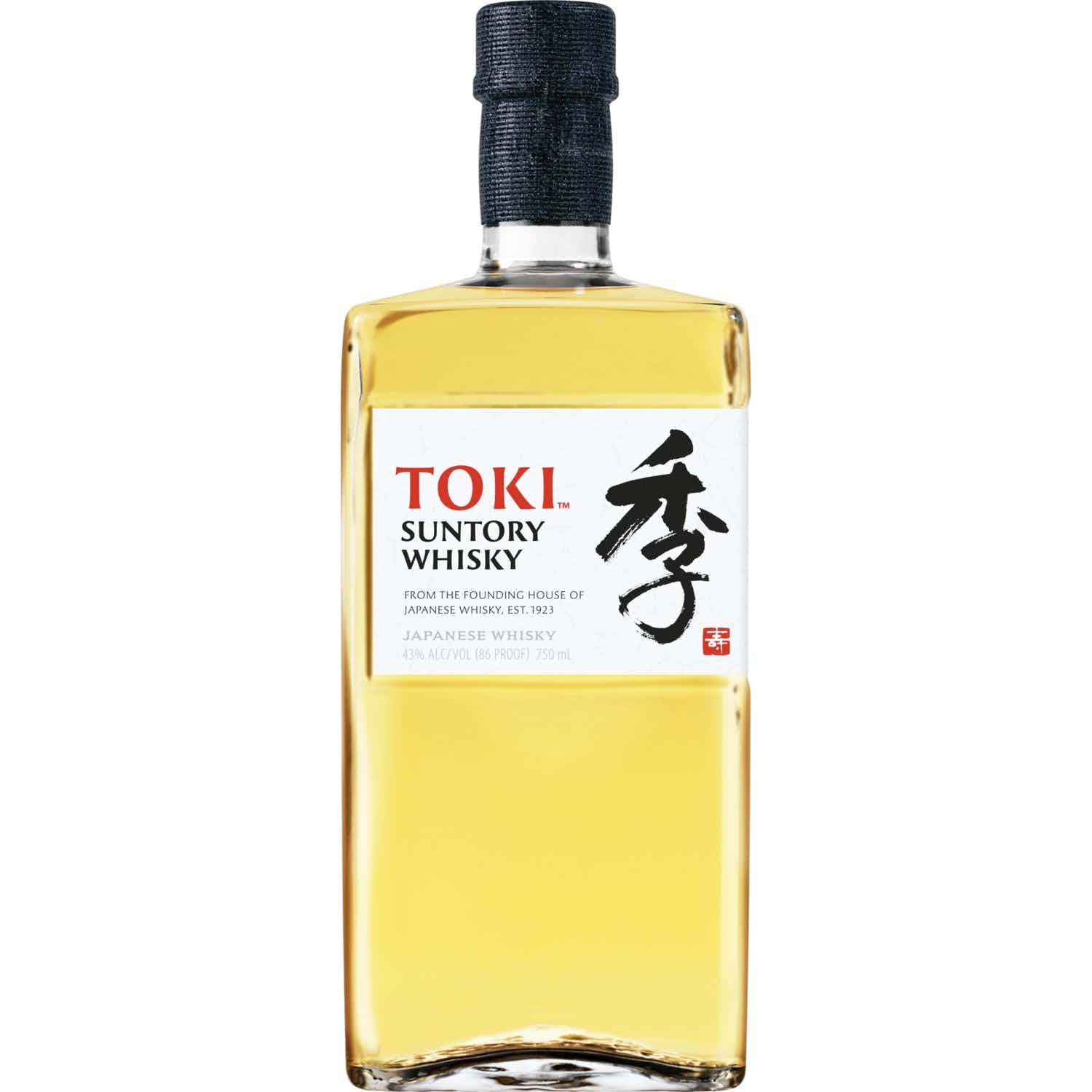 Toki means "time" in Japanese. It's a concept rich in meaning the world over, but particularly in Japan where respect for tradition and reinvention sparks a powerful creative energy. Inspired by that interplay, Suntory Whisky Toki™ brings together old and new -the House of Suntory's proud heritage and its innovative spirit- to create blended Japanese whisky that is both groundbreaking and timeless. Suntory Whisky was winner of Gold Medal at the 2017 Denver International Spirits Competition.

The exact price may vary depending on our local liquor taxes, but on average, Toki Suntory Whisky costs $39.99 per 750 ml bottle. It’s a high-quality, expertly-made liquor that is in line price-wise with other Japanese whiskys on the market, and if you ask fans of whisky, its price is considered a good deal for such a smooth bottle of Japanese whisky. You can get this price by ordering Toki Suntory Whisky for delivery through the Drizly website or app, where you can compare prices across local liquor stores to score the best deal.
Toki Suntory Whisky is a versatile liquor, meaning it can be consumed in any number of cocktails or on its own. There are two classic ways to drink Toki Suntory Whisky—and they’re also the most popular way to drink this liquor. Try the whisky neat or on the rocks with a big ice cube. You can also make classic whisky cocktails with this liquor, like a highball (ice, whisky, soda water, and a squeeze of lemon) or a hot toddy, which combines whisky, hot water, lemon juice, honey, and cinnamon.
Yes—in fact, most people choose to drink this whisky neat (in other words, with nothing added) so they can fully enjoy the flavors, which include green apple, green grapes, honey, basil, grapefruit, and a sweet-meets-spicy finish. Beyond that, Toki Suntory Whisky is a whisky that is meant to be savored, the word “toki” itself means “time” in Japanese. So, you should spend your time drinking this beverage. Suntory Whisky has long been known for its high-quality whiskies (since 1923!), and their Toki whisky combines the best of the distillery’s historic whisky recipe with exciting, new whisky innovations, making it an interesting whisky meant for savoring and sipping.
Japanese whisky is not as well known or prevalent as the alternatives made right here in the US, which makes Toki Suntory Whisky a special gift for the whisky drinker in your life. This whisky leans heavily into the traditional style of Japanese whisky while also offering flavors that are unexpectedly delightful for a whisky drinker. When your loved one receives this gift, they can open it up immediately and do a whisky tasting to compare the notes and flavors with the whiskies that are already in their possession. Or they can simply pour a glass for their friends and family and make the day celebratory for everyone.

Crisp. Refreshing. Perfect for any occasion. Easy to make. Delicious to drink.

How can you improve on perfection? By pairing Toki Japanese Whisky and Knob Creek Bourbon Whiskey for a twist on the classic Manhattan recipe! Great for relaxing after work or mixing up at your next gathering.