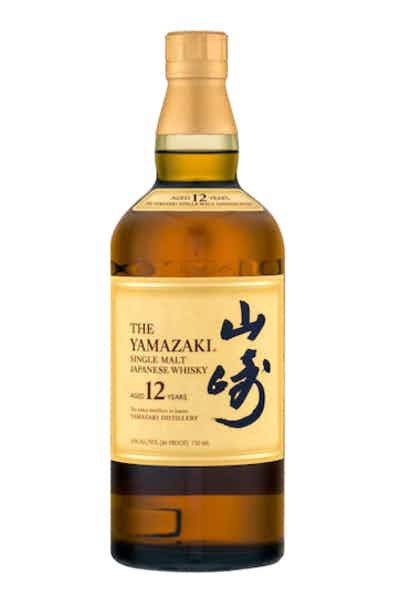 A Japanese single malt whisky, The Yamazaki 12 Year is known for its "noble" aroma. It hails from Kyoto, the capital of ancient Japan, which takes its nobility status up a notch or two. The Yamazaki 12 Year is considered the nation's premier single malt whisky, but it's safe to say that whisky fans around the globe appreciate this award-winning spirit. Since 1984, The Yamazaki Distillery has produced its Single Malt 12 Year. Its mash bill boasts 100 percent malted barley, and its cask-aged in The Yamazaki Distillery for 12 years before being bottled and arriving at your front door. So how does it Taste? This golden whisky boasts complex aromas and superior drinkability. The nose features hints of fruit, including peach, grapefruit, pineapple and candied orange, along with spices such as clove and orange. This whisky also has notes of rich coconut and tart cranberry, while the long finish features spicy ginger and cinnamon. This is a whisky made for savoring. Try it straight, served in a tulip glass or drink it on the rocks, poured over a whisky stone. If you're looking for something bubbly, mix it with club soda to add a hint of brightness to its mellow character and to bring out its oakiness. Or mix it one-part whisky with two parts water for a chilled-out finish to your day. Buy Yamazaki 12 Year Single Maly Whisky online at a great price through Drizly and have it delivered directly to your door or pick it up in store.