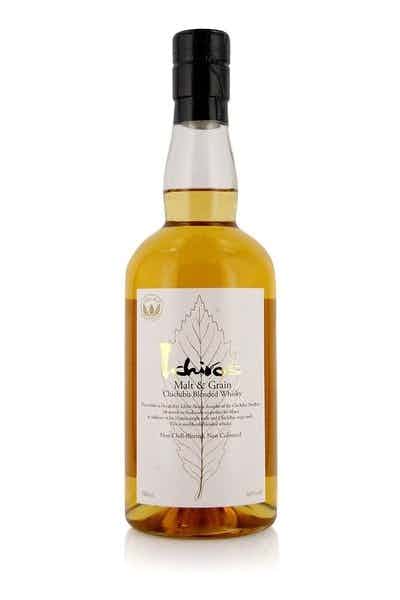 Ichiro Akuto is a beloved icon of the whisky world. A 21st century whisky maker who embraces the heritage and heart of the Scots while perfectly executing the precision and art of the Japanese and their Shokunin "craftsmanship" philosophy. Named after the town it resides in, Chichibu Distillery has only been open since 2008, but Ichiro hails from a long lineage of beverage-makers, beginning in the 1600s. Year after year, after Ichiro has won back-to-back World Whiskies Awards, he has gained the attention of whisky collectors from around the world. His Card Series of single malts, each label endorning one of the 54 playing cards, recently just auctioned off for right under $1,000,000. You could say that he has quite a whisky cult following. Although Ichiro specializes in single malts, Malt & Grain is his only blend available in the US. But there's a twist. Malt & Grain is an “All-World Blend”, the first of its kind. It is primarily composed of Ichiro's Japanese single malt whisky with a selection of Scotch, Irish whiskey, Canadian Rye and American Whiskey aged in home country 3-5 years, transferred to Chichibu and then aged again on site for an additional 1-3 years. Ichiro’s Malt: Malt & Grain is blended to balance a heart of Japanese whisky complimented by the major whisk(e)y regions of the world.