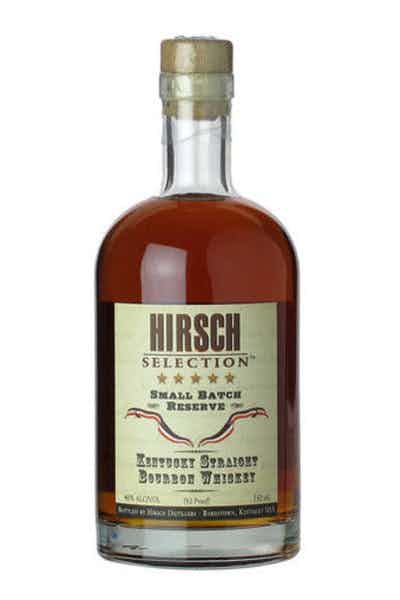 Federal regulations in the United States (27 C.F.R. 5 to be specific) require that bourbon be made from a mashbill of at least 51% corn before being aged in new oak barrels and bottled at 80 proof or higher. Bourbon that meets these requirements and that has been aged for a minimum of at least two years may be called straight bourbon. Hirsch Selection Small Batch Reserve is a Kentucky straight bourbon that has been aged in new, charred American oak barrels for at least four years and is bottled at 92 proof. Named after Adolf Hirsch, a former executive of the Schenley Co. who bought some aging barrels of bourbon from the famed Michter's Distillery Distillery before it closed in 1988, Hirsch Small Batch Reserve earned the Double Gold Medal at the The Fifty Best Tasting Competition in 2012 and the Silver Medal at the WSWA Tasting Competition in 2011. In addition, it earned five stars from F. Paul Pacult's Spirit Journal, which described it as "an incredible steal."