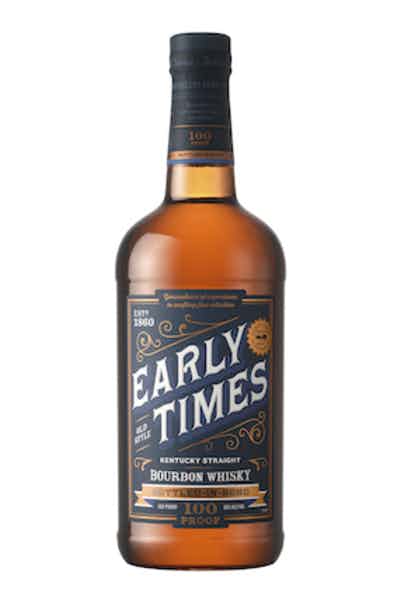 Early Times Bottled-In-Bond® Kentucky Straight Bourbon Whisky is a tribute to the 75th anniversary of the original Early Times® bonded bourbon recipe. From a rich heritage that began in 1860, Early Times Bottled-In-Bond® Bourbon is a legacy expression inspired by Early Times®’ traditional whisky-making methods of the good old days. Early Times® first introduced a bonded bourbon in the 1940’s, and in the decade that followed it became America’s top-selling bourbon. Produced at Kentucky’s longest continually operated distillery, this product is a revival of the era and a nod to Early Times’ storied history and heritage of quality. Under the careful eye of Brown-Forman’s Master Distiller and historian Chris Morris, our production team is proud to unveil this special bourbon.

Originally crafted in 1860, Early Times is “The Whisky that made Kentucky Whiskies Famous" This whisky is known for being a high-quality whisky that delivers a consistently smooth taste and flavor profile at a great price.

Add rhubarb syrup to your Early Times mint julep and put a little spring in your step.

This jammy bourbon cocktail has layers of complexity, but is shockingly easy to make!