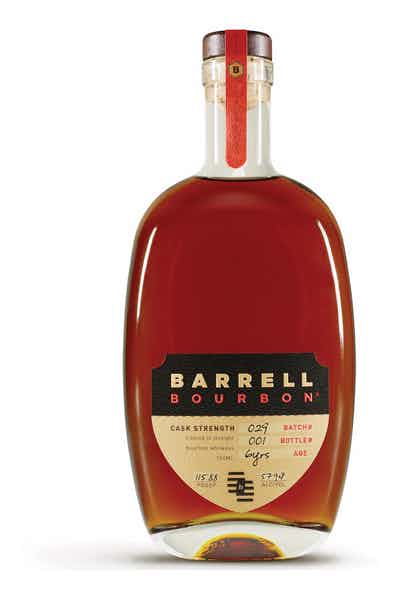 The base of Barrell Bourbon Batch 029 is an herbal and viscous blend of Indiana bourbons. The blend was expanded with 6- and 7-year-old rye-grain Kentucky bourbon, chosen for its exotic cinnamon spice note and floral 9- and 10-year-old wheated bourbon. Finally, a small amount of 6, 14, and 16 year old Tennessee bourbon was added for a fruity nose and a long, oxidative finish. Appearance: Roasted pumpkin flecked with bright gold. Nose: A classical opening of brown sugar-laced oatmeal and freshly conditioned leather. As you swirl a Glencairn glass, Williams pear, cantaloupe, and mulled wine develop. Curiously, from a rocks glass the evolution is more tropical, leaning rather toward tangerine, dried papaya, and mint tea with honeycomb. In either case, herbs soon follow -- basil, dill, and wasabi powder. The aroma finally stabilizes into something resembling Pedro Ximenez sherry, displaying rosewater, treacle tart, and boiled cider. Palate: Unmistakably cask strength and not exactly subtle. A bright, pithy lime cordial note is rounded out by Mirabelle plum and sugar snap pea. Once the palate has acclimatized, more traditional flavors of affogato, molasses, and roasted mixed nuts emerge. Finish: A bold salinity tugs at the taste buds, calling soft pretzel to mind. As it fades, soft flavors of milk chocolate and shredded coconut wash over the palate.