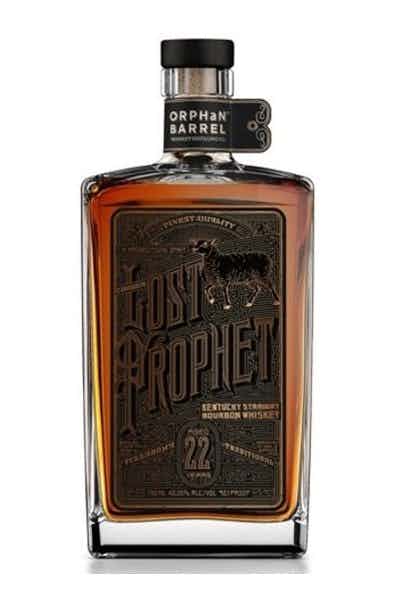 The Orphan Barrel project is a fascinating adventure in uncovering "forgotten" stocks of whiskey. This is not as uncommon as it might sound with whiskey quietly aging in warehouses for a decade or more long after the company that laid them down has moved on. Diageo founded the project to launch limited edition whiskeys from these stores. Lost Prophet 22yr bourbon is said to have been discovered in the Stitzel-Weller warehouse in Louisville, Kentucky and produced at the now closed George T Stagg Distillery (that particular label is now made at Buffalo Trace). The bourbon is very, very old for bourbon and offered in a limited edition beginning in 2015 as the fourth release in the Orphan Barrel series. It's made from a grain bill of roughly 75% corn, 10% barley, and 15% rye...which in our opinion favors the corn grain but could barely considered a high rye bourbon;it suggests to us a gentle, sweeter bourbon leavened by magnificent age. According to the filing with the federal Tax and Trade Bureau it's bottled at the George Dickel Distillery in Tennessee and (of course) owned by Diageo.