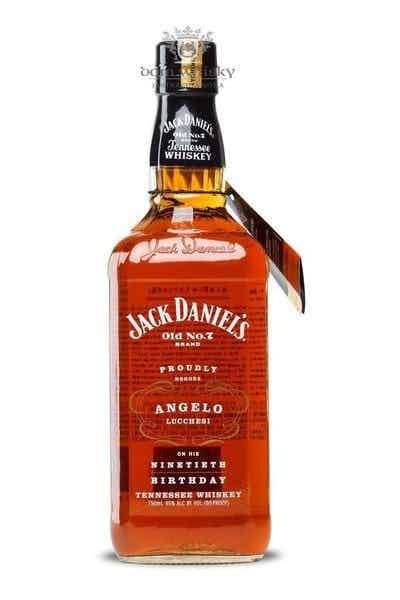 On October 1, 1953 Angelo Lucchesi started talking about Jack Daniel’s. Fortunately for us, he never stopped until his passing in 2013, at the age of 92. Angelo was much more than Jack Daniel’s first salesman, he was a friend. He made telling the story of Jack Daniel’s whiskey his passion and pleasure. Decades later most everyone in the world knows Jack Daniel’s. In honor of Angelo’s dedication and ambassadorship, the Jack Daniel Distillery was proud to commemorate Angelo Lucchesi’s 90th birthday in 2010, with a special bottling of Jack Daniel’s Old No. 7. We thank him for his friendship and the many friends he’s made for Jack. A portion of the proceeds from this limited edition bottle went directly to one of Angelo’s favorite charities.