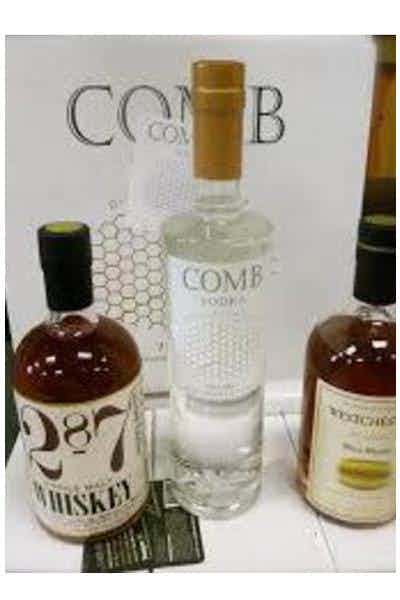 Still the One Distillery Vodka

One summer afternoon, in a moment of clarity fueled by a pint of locally brewed Captain Lawrence beer, our master distiller asked himself a question; “Beer is made from grain, whiskey is made from grain...what if we made whiskey from beer made by a brewery?” When we brought the idea to Captain Lawrence’s owner, Scott Vacarro, he sent us thousands of gallons of his Freshchester Pale Ale to distill into whiskey and so 287 Single Malt Whiskey was born. Named after the highway that connects StilltheOne Distillery and the Captain Lawrence Brewery, 287 Single Malt Whiskey is carefully distilled to capture the nuance of the malted barley and then matured in new oak barrels. Limited Edition. A Spirit Like No Other. 287 Single Malt Whiskey began it’s journey from beer to whiskey in December of 2013. The first batch of 287 Single Malt Whiskey is in limited production, with only the First Taste edition bottles released after a 10 month aging time. Each bottle is filled and labeled by hand, with our master distiller’s signature on every single one.

View all products by Still The One DistilleryCalifornia Residents: Click here for Proposition 65 WARNING