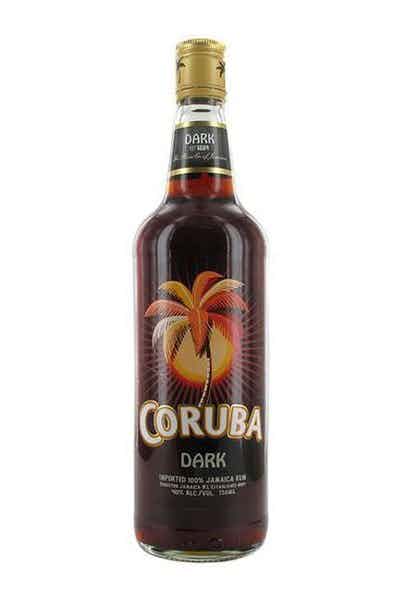 Coruba Original is a dark rum. It is aged in heavily charred oak barrels with caramel added for color and flavor. Coruba Original Blend is a full bodied rum with a robust flavor and hints of spices.

Dark rum doesn't really have a definition. However, dark rum generally refers to rum that is brown in appearance thanks either aging, or the addition of molasses or caramel coloring. Dark rum is known to taste slightly more charred than other varieties, like white rum. That said, people often drink it neat or with over ice.
Dark rum goes great with a number of mixers, including ginger ale, orange juice, grapefruit juice and sodas like Coca-Cola. Dark rum has the heaviest, fullest body of any other variety of rum. It's rich in color, flavor and body - usually tasting of caramel and molasses. So, any beverage that could use a kick of caramel will be well suited to go with dark rum.
Also known as white rum, this is rum that has no color and a light flavor because its filtered multiple times and has a short aging period. It's often aged in steel tanks and is known for having a light body and sweet flavor. This is different than gold or dark rum which is aged in wooden casks and is notably more caramel tasting.
Enter a delivery address