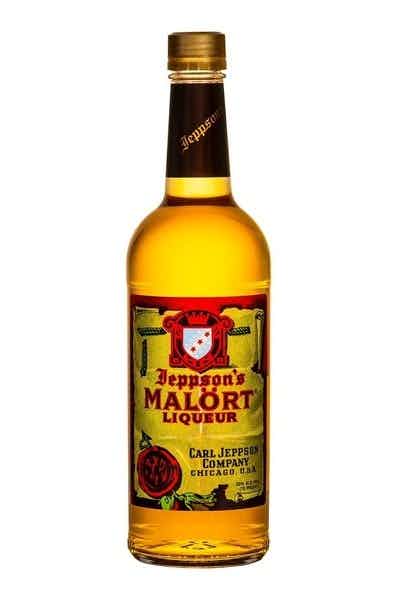 Jeppson’s Malört is Chicago’s local beskbrännvin — a style of bitter, wormwood-based, Swedish schnapps. First developed during medieval times for its supposed medicinal benefits, it’s traditionally associated with the farms of Skåne, in Sweden, where wormwood grows wild. In the early 1900s, it was the most ubiquitous drink in Sweden and accompanied the nearly 1 million Swedes who immigrated to the U.S. during that period. One of those immigrants was a man from Ystad, Skåne named Carl Jeppson.

Jeppson’s Malort, created in the 1930s by the Carl Jeppson Company in Chicago, is a type of bäsk liquor that blurs the line between fame and infamy. Various descriptors have been attached to Jeppson’s Malort — one review said it “tastes like pencil shavings and heartbreak,” another that it “tastes like burning,” and yet another that it tasted as if “shame and regret were left to ferment before being distilled through an old, sweaty shoe.” Intrigued? Well, you’re not alone because the unexpected popularity of this controversial concoction proves that what some consider tragic, others consider magic.
Stick with us here — Jeppson’s Malort tastes like something between fiery death and herbal, gasoline-extracted fruitiness. This liquor is harsh, savory, and waxy on the palate, and its concoction of bitter herbs and pungent power will make you feel a lot of things, and “alive” is one of them. You may taste other things, but this much is certain - you definitely won’t NOT have an opinion.
Jeppson’s Malort is made in Chicago by the CH Distillery, completing its long journey that saw production move from Chicago to Kentucky to Florida and finally back to Chicago. The Carl Jeppson Company was founded in the 1930s by its titular leader, a Swedish immigrant who had come up with a strange brew that people enjoyed for its medicinal and recreational powers. Though the liquor had all but disappeared in 2018, it has enjoyed a resurgence in popularity that has put its curious, strong flavor back in the public zeitgeist.
Jeppson’s Malort is a good gift if, and this is a big if, you know the person you’re giving it to really well. Malort is famously challenging to drink, with a flavor that includes notes of gasoline, grapefruit, sweat, wax, fire, mineral oil, and bitterness. So unless you’re giving it to someone who knows what they’re signing up for, it could also be considered a fantastic gag gift. On the positive side, it features lovely labeling and ornamentation and can remove the taste of just about anything from your mouth.
Enter a delivery address