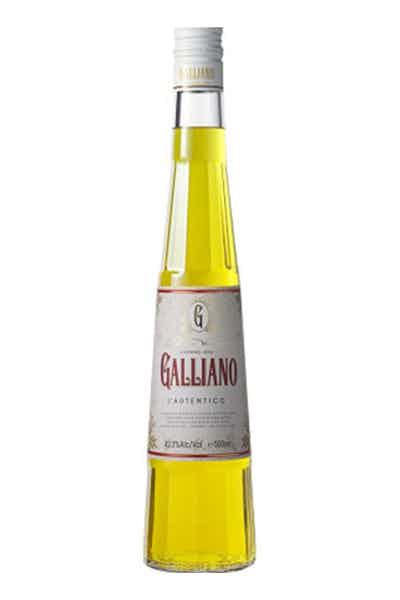 Botanical | Rich | Complex Ever since 1896 Galliano Liqueur has been crafted in Piedmont region of Italy. Famous for its truffles, hearty pastas, fresh Alpine air and a multitude of herbs and spices that grow around our distillery at the foothills of the Italian Alps. Those Mediterranean herbs (a list of 30, to be specific) are what makes Galliano unique and quintessentially Italian.

The luscious flavors of Galliano L'Autentico stem from its crafted collection of 30 natural spices, herbs and extracts. This spice liqueur was first crafted in 1896 by a vintner named Arturo Vaccari from west Italy to commemorate a contemporary hero named Giuseppe Galliano, who defended Fort of Enda Jesus while outnumbered 40 to 1. Vaccari based his uniquely flavored tipple on a homemade botanical liqueur that many thought Galliano carried into battle with him.

This storied spirit became famous in the 1970s with the Harvey Wallbanger cocktail, which mixes Galliano L'Autentico liqueur with vodka and orange juice to create a fun spinoff of the ever-popular screwdriver. The drink's exotic ingredients and distillation process produce a distinctive golden hue and come together to deliver a heavy nose countered by a rich, well-rounded taste.

It's time to toast with a bottle of Galliano herbal liqueur. Search Drizly online to find out if we have made our debut in your city and look for liquor stores on Drizly near you.