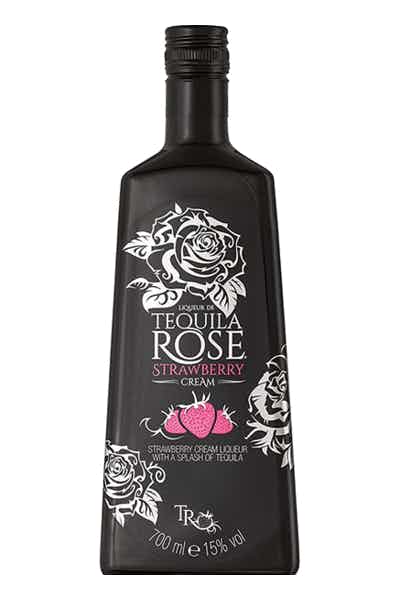 The Original Tequila Rose, a passionate combination of strawberry cream liqueur with a splash of tequila. Adored across the globe for how perfect it mixes in cocktails, Tequila rose is also a wonderful addition to many desserts. So, it's no wonder why everyone is falling in love with the Rose...all over again

Irish cream is shorthand for Irish cream liqueur whiskey, consisting of cream and other flavorings. The ABV tends to range between 15 and 20%, and it’s usually enjoyed as a standalone beverage; it can also be added to other mixed drinks (think Irish coffee). Irish cream is typically produced in Ireland, at least for products sold within the European Union.
Cream liqueur is, well, cream and liqueur. The most famous of the cream liqueurs is Baileys Irish cream, which came about during the 1970s and introduced the world to that irresistible, sweet, chocolate milk-like whiskey drink that became a staple for many mixed drinks going forward. In Ireland, cream liqueurs tend to support small local farmers and are an important part of the economy.
Irish cream is a sweet, milky, comforting drink that complements the fruity finish of Irish whiskey with the warm tones of chocolate and vanilla. At around 15-20% ABV, the whiskey does not overpower the sweet, creamy components of this drink. It’s also a great thing to splash into coffee and pour over ice cream.
Enter a delivery address