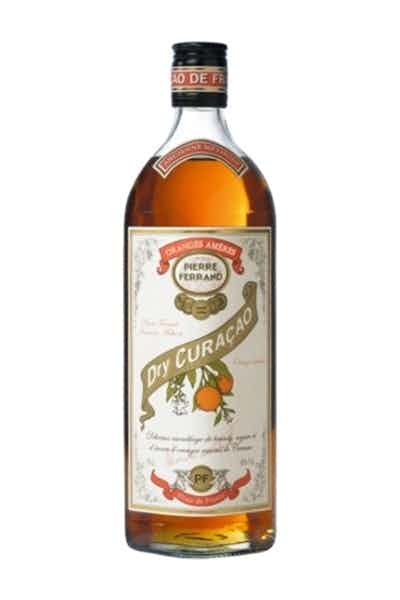 Based on recipes dating back to the 1800's, Pierre Ferrand Dry Curacao Ancienne Methode is a recreation of the dry, complex orange liqueur used by bartending pioneers of the 19th century. Developed by Pierre Ferrand proprietor Alexandre Gabriel and cocktail historian David Wondrich, this liqueur is created by macerating bitter Curacao orange peels, vanilla, prunes, lemon peels and sweet oranges, along with over a dozen other ingredients, in unaged brandy. This is then re-distilled and blended with aged brandy and Pierre Ferrand Cognac, before finally being matured in oak casks. The result is a complex, bittersweet liqueur brimming with natural orange flavor, perfectly balanced by hints of vanilla, spice, herbs and a subtle floral note. Product of France Alcohol by Volume: 40%

Alexander Gabriel, the creator of Pierre Ferrand Dry Curacao, utilizes a 19th-century recipe to blend an unaged cognac, 14 spices and brandy with orange peels to create a triple sec liquor that exhibits an impressive flavor depth. In the bottle, it has a golden amber appearance, which transitions to a pale straw gold color in the glass. The dry orange liqueur forms droplets and legs on swirling and an abundant oily coat at the sides of the glassware. Its nose is lemon zest with mandarin zest balanced with stewed fruit aromas. The taste is spicy orange and nicely dry to give it a bitter twist for depth and complexity. Pierre Ferrand Curacao notes are reminiscent of vanilla, juniper, nutmeg, cinnamon and marzipan. Drinkers are likely to experience a long orange aftertaste with enlivening spices.

You can sip the 40% ABV citrus liqueur from a glass with ice, pair it with a meaty meal or do justice to it by making cocktails like corpse reviver and cosmopolitan. Add the French drink to your liqueur shelf by utilizing these links to search for Drizly in your city, and look for liquor stores near you.