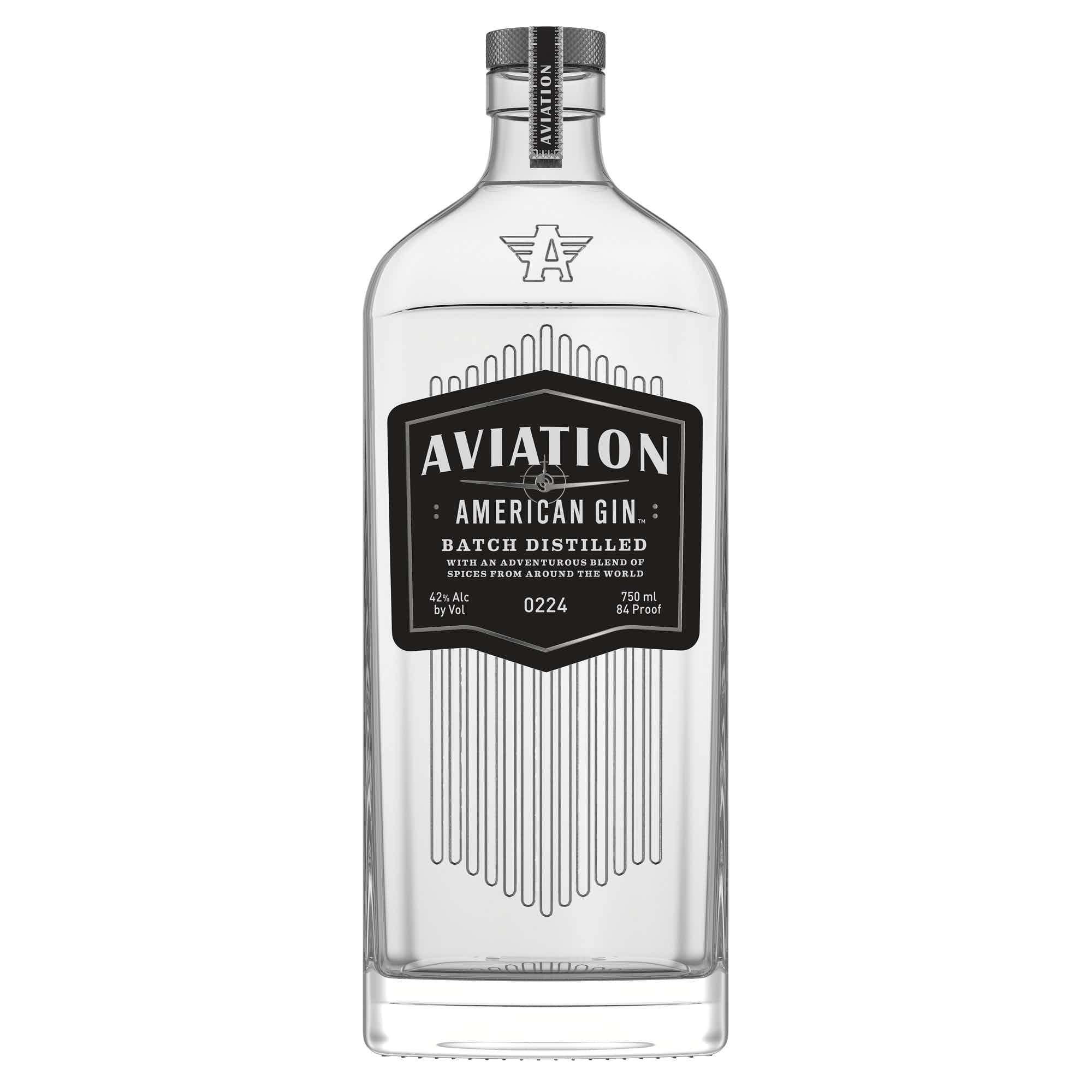 Bring modern sophistication and revelry to all of your celebrations with Aviation American Gin. Aviation American Gin is served in an Art Deco inspired bottle to bring the iconic beauty of the Jazz Age to any liqueur shelf or bar cart. This premium gin was developed to perfectly compliment the refreshing-tasting, flowery Aviation cocktail and has become an icon of the American distilling movement. A blend of botanicals sourced from around the world blend together to create a beautiful gin with a nose of juniper, floral sweetness, and citrus peel, wonderful flavor with spicy notes of cardamom and cinnamon with floral notes, and a soft, lingering finish. Enjoy a refreshing-tasting Aviation Sunrise cocktail by filling a wine or rocks glass with ice, then adding Aviation American Gin, tonic water, and a splash of bitter aperitivo liqueur before garnishing with an orange wedge. Includes one 84 proof 750 mL bottle of Aviation American Gin. Please drink responsibly.

Aviation Gin is a leader in the recent movement of American gins, which tend to be a softer and more subtle response to the classic London dry gin’s sharp flavors and highly botanical, heavy flavor with juniper berries. Aviation Gin stands out among other gins for being incredibly versatile and highly palatable. You can easily sip this gin straight, but it is also an excellent cocktail ingredient that blends seamlessly with many other spirits. Aviation Gin is also produced by maceration, which is the process of infusing the neutral alcohol with botanicals before the distillation process, which may contribute to its unique and subtle flavor profile.
Acquired by Diageo in 2020, Aviation also has stakes held by actor Ryan Reynolds, who  maintains an “ongoing ownership interest," after selling the company. He famously claimed interest in the brand after trying “every gin in the world” and deciding that Aviation was his favorite. The gin itself is still produced out of its original location of House Spirits Distillery in Portland, Oregon. This location has recently opened up for tours, touted by owner Ryan Reynolds as a “Disneyland for adults,” complete with plenty of tastings and interactive ventures that recreate the entire distillation and infusion processes for the visitor.
Aviation Gin is made from a neutral grain spirit, a pure grain alcohol, which is then made into gin by a process known as maceration, in which the botanical elements are infused in the pure grain alcohol. The botanicals used in Aviation Gin are the key to its unique and subtle flavor profile — cardamom, coriander, lavender, anise, sarsaparilla, juniper, and two different kinds of orange peel are used in this infusion. Unlike many more traditional gins, Aviation leans heavily into the spices of cardamom, coriander, lavender, and sarsaparilla while going light on the juniper, creating its signature deep flavor.
Aviation Gin is an excellent gift for both the seasoned gin drinker and the curious casual cocktail sipper alike. Whether it’s your friend’s birthday dinner and you need a last-minute gift or a faraway loved one and you’d like to ship them a premium liquor for a special occasion, look no further than Aviation Gin on Drizly.
Enter a delivery address