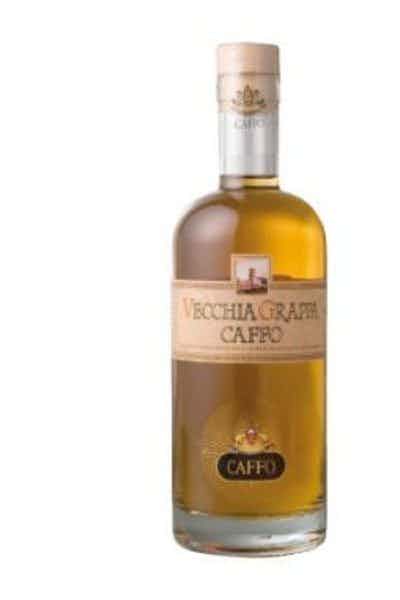 Caffo’s Vecchia Grappa is the result of over a century of experience in distillation. A slow steam distillation of fine Italian grapes and subsequent aging in oak barrels gives this grappa the seriousness of age and the finesse of a masterfully produced spirit. Aged in French oak (barrique) for 12 months, this grappa is light gold in color, toning down the harsh edge often associated with grappa. Made with pinot grigio, refosco, chardonnay, and sauvignon blanc, as well as gaglioppo and magliocco. This spirit offers notes of golden raisins and vanilla, intertwined with baking spice and a hint of figs. The history of the Caffo family business dates back to the end of the 19th century, when Giuseppe Caffo, the Master Distiller, class of 1865, began distilling pomace on the side of volcanic Mt. Etna. After years of experience trading and managing distilleries, his dream became reality when in 1915 he bought and old distillery in Santa Venerina, Sicily. He fully dedicated himself to his passion and passed his knowledge along to his children. Giuseppe’s son, Sebastiano Caffo, soon became a Master Distiller himself, and together they founded the company ‘Fratelli Caffo’ with Sebastiano’s brother, Santo Caffo. Initially, Caffo produced a small range of spirits distilled from wine, however the Caffo distillery gradually began producing and earning recognition for their fruit and herbal liqueurs and classic Italian spirits such as Amaro, Limoncino, Amaretto, Sambuca, and aged Grappa.