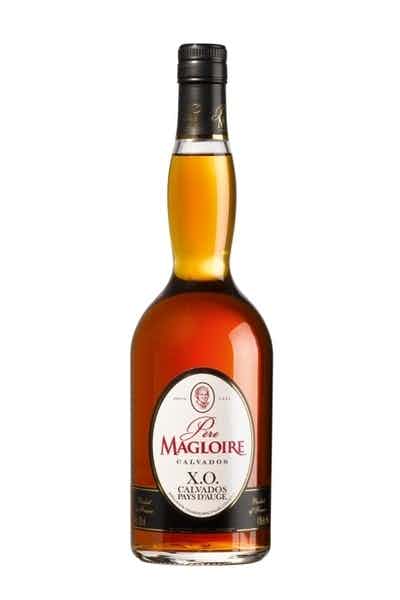 Don your favorite chapeau, hop on your charming road bike and imagine yourself in the French countryside, stopping to sip local eau de vie featuring the humble stone fruits and berries of nearby orchards and farms.
The name “eau de vie” encompasses a category of uncomplicated, unaged fruit brandies; it is a pastoral, uncomplicated product that’s remained popular throughout Europe for centuries. Famous, upscale brandy varieties, like Cognac, rely on specific varieties of white grapes and require strict aging standards to develop complex, rich flavors; eau de vie, in contrast, are unaged (or minimally aged) and simple, delivering bright, fruit-forward flavors.
Cognac is an expensive French brandy with specific regulations that dictate everything from the white grape varietals used in production to the meticulous oak barrel-aging process to the final blending; however, the liquid’s actual designation as a Cognac is not earned until it has met the strict standards — until then, it’s simply an eau de vie.
Cognac is made from a white grape eau de vie that has not yet passed the aging threshold and thus developed the complex color and flavor of the more desirable French brandy. Even then, the barrel-aged products are still considered eau de vie until the final tasting and careful blending is complete.
To make eau de vie is relatively simple and allows for a wide selection of creative flavors; while more popular eau de vie tend to use fruits like apples, pears, plum and cherries, you could technically craft an eau de vie with any number of raw ingredients, including carrots or even pine buds (talk about a Christmas spirit).
Eau de vie distillers first extract the juice from their base product; the more common method employs a crushing technique to release as much juice as possible before its fermentation into a cider, though for some more delicate ingredients, a maceration process is used instead. The final product is double-distilled but remains clear, skipping the barrel-aging process and ultimately delivering a high ABV, concentrated flavor.
Eau de vie is a French term that translates literally in English to “water of life”; the name is credited to a 13th-century physician, Arnaud de Villeneuve, who sought to distill French wine and achieve a medicinal product that could prolong one’s youth — hence the dramatic name.
Eau de vie is meant to capture the essence of its base ingredients (most often stone fruits or berries) without actually including any of the texture or color; it’s the fruit at its purest form. Today, the eau de vie category includes any number of clear fruit brandies that do not undergo the complex aging regulations of other high-end products.
Enter a delivery address