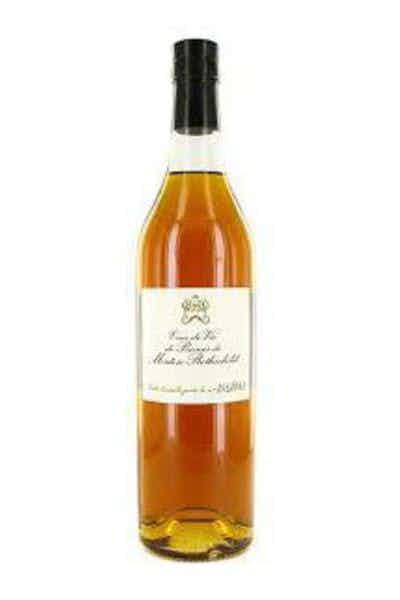 Eau-de-Vie (Eaux-de-Vie in the plural) is French for "water of life" and refers to a wide variety of fruit-based distilled beverages. The production process for eaux-de-vie is very similar to that for most other spirits; the raw material is harvested, crushed and fermented, and the resulting must distilled in order to separate impurities from the alcohol. The resulting beverage is bottled at somewhere between 35 percent and 50 percent ABV. The fruits used to make eaux-de-vie are commonly orchard fruits such as apples, pears, plums, cherries and blackberries. Grapes can also be used, although grape-based spirits (e.g. Cognac and Armagnac) are usually categorized as brandies. The latter have an amber hue developed during barrel-aging, while grape-based eaux-de-vie that have not been aged in barrel are colorless, such as Eau-de-Vie de Marc de Bourgogne, Eau-de-Vie de Vin de Bourgogne and Marc d'Alsace. Eau-de-Vie An Eau-de-Vie label Northern France's famous apple-based spirit, Calvados, is also an eau-de-vie, but is often classed as a brandy because it is aged in wooden barrels. Italy's most famous strong alcohol, grappa, straddles the accepted definitions of eau-de-vie and brandy, as some are aged in barrel and others are not. (See Grappa di Toscana.)