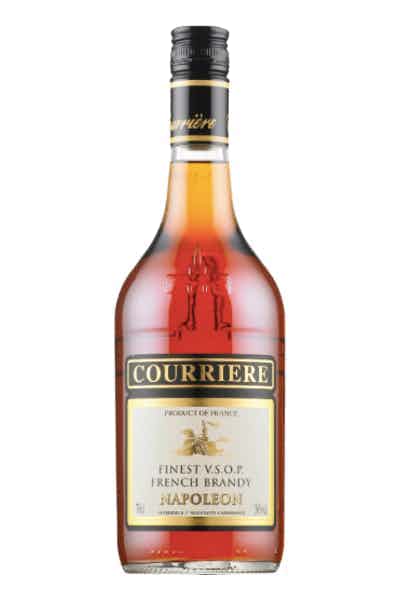 Courriere Napoleon Brandy is a very old and prestigious brand, which was first recorded in the 19th century in the second half. Courriere is recognized as the best brand in the world produced in France. In France brandy is called eau-de-vie, a designation that includes any fermented juice that has been distilled. Most frequently this will be grape juice, but eau-de-vie can be made from apple juice, pear juice, and other fruit juices. The French also consider alcohols such as vodka (which is made from fermented potatoes) and grain alcohols to be eaux-de-vie.