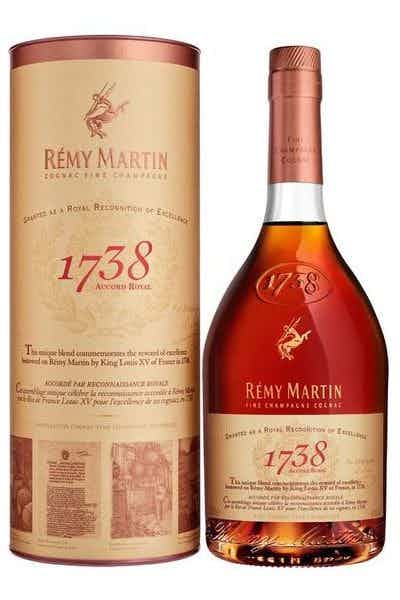 Rémy Martin 1738® Accord Royal is an exceptionally smooth take on Rémy Martin’s signature style. Its mellow body, oaky notes of butterscotch and baked spices come from a unique process of aging eaux-de-vie in new French oak casks that were toasted using a long and soft heating process. The story starts with a royal approval: in 1738, King Louis XV granted Rémy Martin the right to expand his vineyards, at a time of land scarcity. As an homage to this ultimate recognition, the house created an exceptionally oaky and smooth blend: 1738 Accord Royal. Best enjoyed neat, on the rocks or in classic cocktails.

There's no better cocktail for nights in than the Old Fashioned. And no version is more perfectly complex than this one.

A drink that makes any home a castle. The Rémy Sidecar is the iconic cognac cocktail.