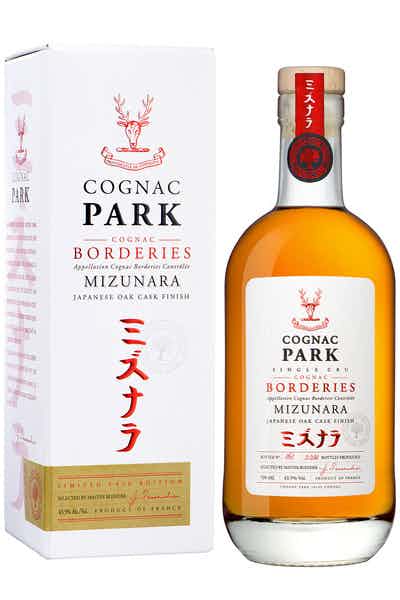 Mizunara is a rare variety of oak from Japan used to create barrels mostly used for aging Japanese whiskies. To create Cognac Park Borderies Mizunara, we employ a unique barrel finish to a beautiful blend Single cru cognac from the Tessendier family estate in the esteemed Borderies growing region. These blends spend at least four years in lightly toasted oak, followed by six months in Japanese Mizunara oak casks. The Mizunara cask finish brings intensity and depth, conferring notes of vanilla, cocoa, and spice. These rich notes meld seamlessly with the lighter, floral character of the Borderies cognacs. Produced in limited editions due to the difficulty of obtaining Mizunara casks, this cognac will definitely appeal to the whiskey palate, but it will be collectors who want to add to their collection. The Cognac Park brand was created in 1995 and, at that time, was a new project between the Tessendier family and Dominic Park, a Scotsman who sought out the Tessendier family for their generations of experience in the Cognac trade. The distillery itself was founded in 1880, when Gaston Tessendier tended his family vineyards located in the prestigious growing area of the Borderies, acting on his ambition to create outstanding Cognac. Single-mindedly, Gaston learned to work his vineyards and later, with the help of his son, began distillation of his wines. The company has remained in the Tessendier family through four generations. Today, the current family estate remains at Domaine Du Buisson, its original site, housing the family’s vineyards and winery. It is composed of more than 25 hectares in the heart of one of the most exclusive growing regions, the Borderies.