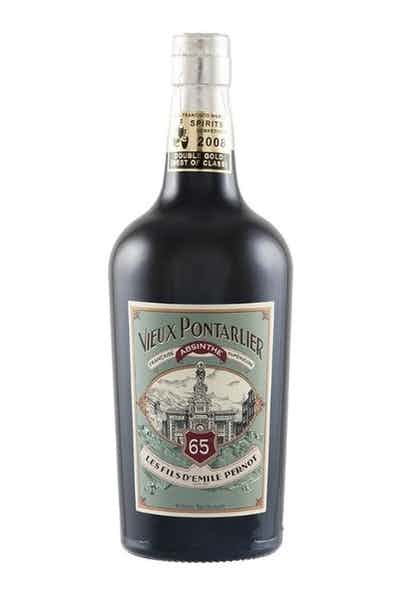 Vieux Pontarlier Absinthe is carefully crafted in small batches using alambic stills that were specifically designed to make absinthe. This historic spirit is distilled using locally grown wormwood (Artemisia absinthium), which is considered the finest in the world, along with green anise seed, Provençal fennel seed and a variety of additional aromatic herbs and spices. Faithful to the original formulations, there is no sweetening added of any kind - its refreshing taste is obtained entirely from the combination of plants and the distiller's skills.

Absinthe, a Franco-Suisse, grain-based alcohol, is a unique spirit steeped in flavor and mythology. Wormwood, one of the key ingredients in absinthe, is a medicinal herb that lends the drink its storied jade hue. Once favored by the likes of Vincent Van Gogh and Ernest Hemingway, absinthe is worthy of its celebrated history and should reclaim its place on swanky cocktail menus and upscale bars.
Absinthe was banned in the United States for nearly a century, but in 2007, the country released the high-ABV liquor and cleared it of all charges. Scientists proved that thujone, the molecule in wormwood believed to cause hallucinations, was perfectly safe for human consumption. The truth behind the ban is tamer — in 19th-century Europe, while absinthe became ever more popular among the masses, threatened French winemakers perpetuated the negative connotations around absinthe in what was most likely a targeted business strategy rather than any real public health concern.
Drinking absinthe properly requires its own glassware, specialty spoon and accouterments, though honestly, a short-stemmed glass and a slotted spoon work perfectly fine. First, pour one ounce of absinthe into your glass; second, balance a slotted spoon across the rim and place a sugar cube on top; third, gently stream iced water over the sugar cube just until it’s saturated, allowing the sugar to dissolve through the spoon (add more water as need until the sugar is fully dissolved). The water helps dilute the absinthe while the sugar combats the bitter edge; your glass should contain close to five ounces of water and one teaspoon of sugar once complete.
Absinthe’s signature flavors are anise and fennel, which may invoke the less popular candies of your youth but are in fact well balanced among the spirit’s countless herbs and spices. French absinthes employ a longer maceration technique than their Swiss counterparts, making the former more pungent and almost sweet whereas the latter remains lighter in color and more vegetal on the palate. Absinthe is available in dozens of varieties, featuring different flavor notes from licorice to chocolate to nutmeg to mint; today, craft distillers are experimenting with new flavors like hibiscus and lemon and even barrel-aging techniques.