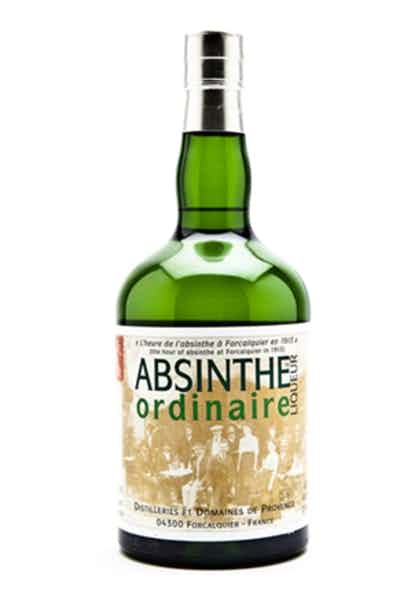 Legend has it the first true Absinthe recipe was created by Dr. Pierre Ordinaire in 1792 in rural France. Dr. Pierre Ordinaire, shortly after the French revolution, traveled around the Val de Travers on his faithful horse Rocket and sold his Absinthe initially as an all-purpose cure-all, an “elixir.” Dr. Ordinaire’s talents for apothecary and medicine yielded an elixir that may have been designed as a medicinal invention, but over time it became widely accepted as a recreational drink. People loved the taste and the effect, some even claimed to be cured of all their ailments. When Dr. Ordinaire died, the recipe ended up mysteriously in the hands of the sisters Henriod at the beginning of the 19th century. The sisters carried on producing this elixir, mostly from their home, but the pleasant aroma, taste and experience continued building the popularity of this historical drink. By the middle of the 18th century, the French troops fighting in Algeria returned to France bringing with them a taste for this anise flavored “elixir,” mostly due to a similar anisette elixir that was being administered to the troops as a fever preventative. It was at this time that Dr Ordinaire’s Absinthe was sold by the sisters and then mass produced for an affordable price. The onset of mass production caused the price of absinthe to drop significantly and the market expanded. Since the cafés were an extremely popular place to socialize, it became common practice for a wide array of people to enjoy Absinthe Ordinaire during L'Heure Verte, or the Green Hour because of Absinthe Ordinaire’s great taste and affordable price. This exciting drink now began rapidly traveling across the café tables from the south of France to the café tables of Montmartre in Paris, where his now legendary and mystical Absinthe would end up gracing the lips of artists, musicians, writers and poets alike, ultimately becoming the symbol of the free and easy bohemian spirit for the masses. We wonder if Dr. Ordinaire had any idea his “elixir” could have turned into something so magnificent. Absinthe Ordinaire recalls one of the original and most commercially successful Absinthe recipes during the glittering era of La Belle Époque Paris. Absinthe Ordinaire is handcrafted in rural southern France using only the highest quality distillation methods and ingredients.