Legent is a bourbon, but it’s unlike anything you’ve ever tried because it’s unlike anything that’s ever been created. It’s an unprecedented collaboration between two whiskey legends – Fred Noe, from the founding family of bourbon and Jim Beam’s seventh-generation Master Distiller, and Shinji Fukuyo, from the founding house of Japanese whisky and Suntory’s fifth-ever Chief Blender. For Fred and Shinji, Legent started as a passion project, a chance to continue their pursuit of mastery. Even after numerous awards and reaching the pinnacle of their respected whiskey-making worlds, Fred and Shinji realized there was much they could learn from one another. That they could push bourbon’s boundaries as well as their own. Leaning into the heritage of Kentucky bourbon-making and Japanese whisky-blending techniques, Legent brings the best of two whiskey worlds together.

A bourbon with a flavor profile unlike anything else

Legent stands out in a cocktail or can be easily enjoyed neat or on the rocks. Legent truly is a bourbon as unique as the two whiskey legends who made it. 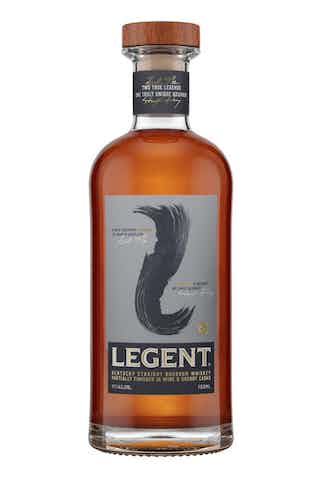 This cocktail is a twist on the classic Old Fashioned that honors our past and give a nod to East meets West collaboration that made Legent possible.

In honor of Fred and Shinji’s legendary collaboration, we’ve added a unique twist to the classic Old Pal recipe.