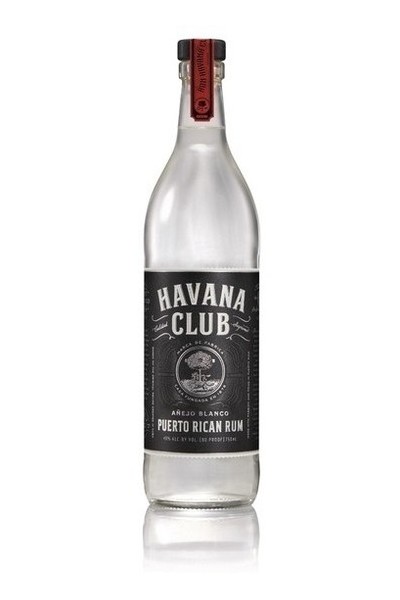 Havana Club Anejo Blanco
Shop Now
Chances are you're no stranger to the daiquiri (neither was Hemingway). The writer's love affair with the quintessential Cuban cocktail began at El Floridita, and while he was single handedly involved in the trial and error of the many iterations that stemmed from the original, none have been as sweet (in a good way) than the Guayabita—which adds guava marmalade to the rum and lime juice mix.

The Buck, or Mule, has been enjoyed across the Caribbean for nearly as long as rum has been produced in the region. It specifically calls for the combination of ginger ale or ginger beer with citrus and dark rum.

This cocktail can be traced back to 1935, found in the classic La Floridita Cocktail book. It captures the traditional Caribbean rum and pineapple combination, with the Cuban fascination of Maraschino liqueur during that era.

A modernized take on the classic rum Manhattan. This drink was designed in 2016 in New York City and named after the year the Arechabala family registered and launched HAVANA CLUB rum in Cuba.

A simple concoction said to revive the human spirit. This is a true Cuban heritage cocktail that puts an interesting twist to the classic combination of sweet, citrus and rum.