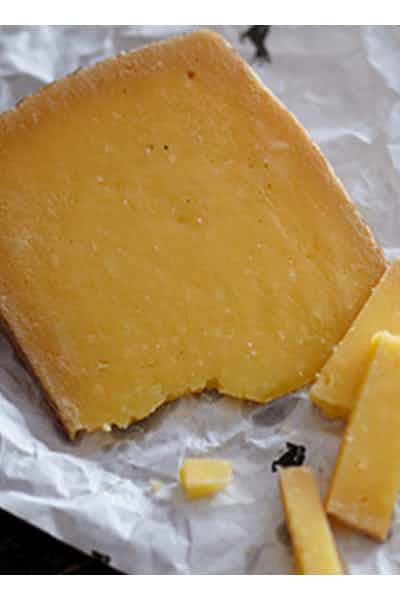 Purchased in the early 1900s, the Valley Ford Cheese Co.’s farm has been family-owned and operated ever since. Throughout the 20th century, the family acquired land throughout Marin and Sonoma Counties in California, and now milks a herd of about 400 Jersey cows. In 2008 Karen Bianchi, the fourth generation on the farm, decided it was time to make cheese. Her goal was to produce cheeses that pay homage to the family's Swiss-Italian roots while showcasing their fantastic Jersey milk. Estero Gold Reserve is an extra-aged version of the farm's Estero Gold. It is made from raw milk and aged for about 16 months, almost a year longer than the younger version. The extra time in the aging room gives the cheese a hard texture and sweet flavors of fruit that are reminsicent of Parmigiano. This cheese pairs well with a full-bodied red wine or a rich brown ale, and is also excellent for grating and cooking.