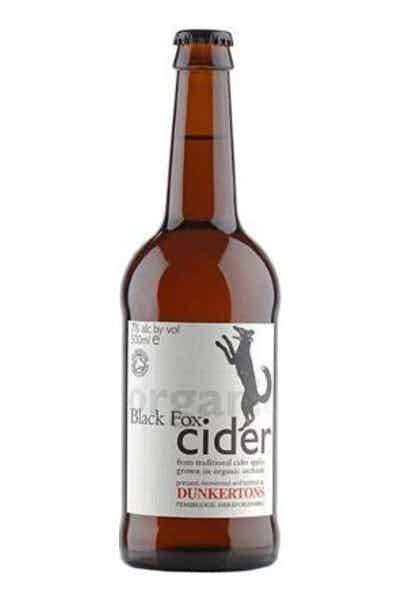 A Medium Dry Sparkling Cider - Dunkerton’s Cider Mill is set in the ancient parish of Pembridge, an area of farmland, woods and hedgerows, where medieval half timbered villages meet the stone market towns of Wales. From the earliest times, rural communities have told stories of fantastic and unusual creatures which have supposedly lived in their locality. The lush rolling countryside of North West Herefordshire is no exception. Here stories tell of an animal which has evaded capture by farmer and huntsman alike; a Black Fox. The red fox has always existed, but the belief grew that there was also a fox "as black as night, so that it might live in a man’s shadow and so never be seen". A favoured haunt of the BLACK FOX is.........the Cider Orchard.