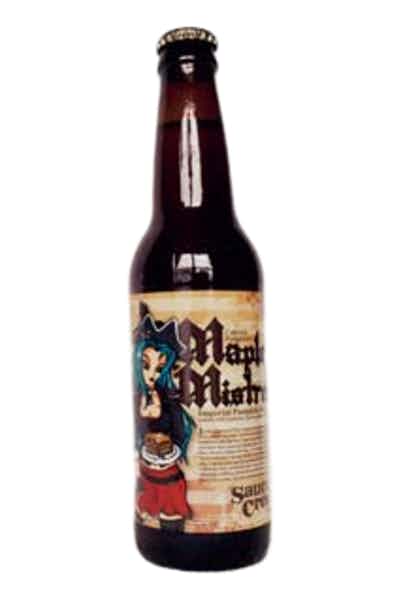 In the autumn of 1720, Captain Jack Rachman and his pirate-mates were celebrating their victories in typical hard-drinking tradition. Suddenly a British Navy sloop surprised them. The drunken pirates hid below deck, leaving Captain Jack’s mistresses Anne Bonney and Mary Read to defend the ship. The women shared a reputation as “fierce hell cats,” but the British Navy eventually overtook the pirate ship. Captain Jack and the pirates were sentenced to hang. Anne visited her lover in his cell before his execution, and instead of loving words her scathing comments live on throughout history, “Had you fought like a man, you need not have been hang’d like a dog.” Their legacy inspired us to brew an equally ferocious Imperial Pumpkin Ale brewed with pirate rum spices. We added a touch of autumn flavor with roasted butternut squash and natural maple syrup. Imperial Pumpkin Ale brewed with pirate rum spices. Roasted butternut squash and natural maple syrup lend some autumn charm in this warming 10% brew