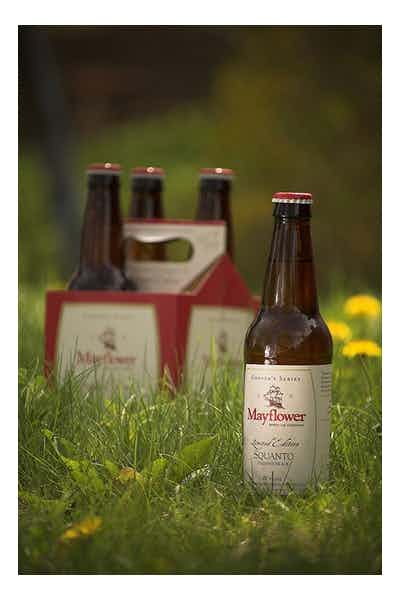 Mayflower Brewing Company, America’s Hometown brewery, is pleased to announce the release of Mayflower Scotch Ale starting this week. Mayflower Scotch Ale is the first of a new line of limited-edition, Cooper’s Series beers that will be available in kegs and 4-packs. “Our Cooper’s Series beers are a set of small-batch, premium beers that we brew from time to time throughout the year”, says Drew Brosseau, founder and President. “Recently, these Cooper’s Series beers have only been available on draft in the brewery and at a handful of local bars and restaurants, and we are thrilled to be able to bring these to more of our consumers through our new 4-packs.” The company brewed just 200 barrels of Mayflower Scotch Ale, which yielded roughly 1,800 cases and 180 kegs. The beer will be available starting this week in several New England states, including Massachusetts, Rhode Island, New Hampshire, Vermont and Maine. “Mayflower Scotch Ale is our take on this classic strong style of beer”, says Ryan Gwozdz, Head Brewer. “Our version is significantly dryer than many examples of this often cloyingly sweet beer. Brewed with special B, roasted barley, and peat smoked malt, this brew is for the malt lover. Special B adds a sweet, dark fruit flavor which is counteracted by the roasted barley and complimented by a prominent smokiness in the flavor and aroma. It’s hopped with Galena to about 32 IBU’s to balance the hefty malt bill. At 8% ABV, this beer will be great on a crisp autumn night and will age well.” The company plans to release additional Cooper’s Series beers in coming months, with its perennial Mayflower Thanksgiving Ale scheduled for late October and the next new Cooper’s Series 4-pack slated for January 2016.