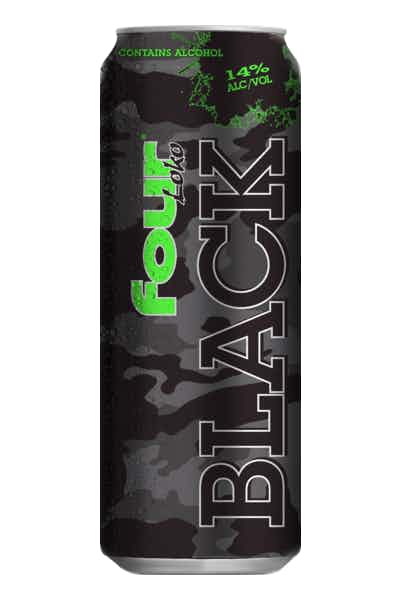 Four Loko nights are always unexpected and adventurous. Your night could end in glory, or it could end in you finishing an entire pizza by yourself in bed. Which is kind of glorious in its own way. Our new flavor Black is just as unconventional as your Four Loko night out. We won’t tell you what it tastes like – you will just have to find out at the beginning of your next Four Loko Story.

Anyone who has attended college in the last decade or so is no doubt familiar with one of the most recognized malt liquors — Smirnoff Ice; an internet meme inspired a viral game called “icing” in which an unsuspecting partygoer discovers a hidden Smirnoff Ice and then must immediately drink the whole bottle. Like Smirnoff Ice, Mike’s Hard Lemonade and Four Loko, Malt liquors are a college party staple, mainly because of their affordability, high alcohol content and dozens of flavors. Despite its name, malt liquor is not, in fact, a liquor, rather, brewers craft malt liquor varieties using a near-identical process to beer; the main difference is the increased addition of sugars, lending to the malt liquor’s high ABV.
There isn’t really a one-size-fits-all answer when describing a malt liquor’s taste profile; while malted barley serves as the beverage’s base, the malt characteristics are mostly stripped out, leaving a pretty neutral, albeit sweet, spirit. Malt liquor brewers then lean on the residual sugars and imbue all kinds of fruit flavors into the final products, stocking shelves with names like Pomegranate Fusion, Green Apple Bite and Arctic Berry. There are some more mild malt liquor staples, including the popular Mickey’s or Colt 45s, that stay truer to their beer cousins; these varieties still deliver on sweetness but maintain some bitterness and grain flavor.
In the mid-20th century, brewers sought to compete with the more popular liquor market of the times; by filtering a beer’s malted barley base and increasing the sugar content (through additives like corn, rice and straight-up sugar), they were able to craft a product with a much higher ABV than the standard American beers. Today, most malt liquors fall between 5-9% alcohol by volume, with some even reaching the double digits. It’s not always the case though; several of the better-known brands, like Smirnoff Ice and Mike’s Hard Lemonade, are more similar to the classic American lagers, reporting slightly lower alcohol contents between 4-5%.
If you’re opting for one of the party-favorite malt liquors, like a can of 14% ABV Blue Razz Four Loko, the proper food pairing is likely a handful of Cool Ranch Doritos; but seriously, there are some tips to finding foods that pair well with malt liquor. Stay away from some of the more wildly flavored options, and instead select a mild malt liquor like Mickey’s. Malt liquors present with a distinct sweetness, but are otherwise not too complex; these characteristics allow you to sample foods that possess plenty of flavor on their own, most notably oysters and other briny shellfish.
In many cases, malt liquor is preferably enjoyed directly from the can or bottle (or the 40-ounce bottle many of these beverages are known for), but that doesn’t mean you can’t class it up for your next soiree. Treat malt liquor like you would any light lager — opt for a standard, 16-ounce pint glass with a nice wide rim (maybe even consider placing your glasses in the freezer first). Malt liquor should always be served chilled, which improves its drinkability; generally, if you serve malt liquor super-cold, it’s not only refreshing but will also negate some of the overwhelming sweet qualities in the brew.
Because nutritional content varies dramatically depending on a beverage’s ABV, the range for malt liquor is pretty wide, not to mention that many of them are sold in gigantic portions. A 12-ounce bottle of Smirnoff Ice, at just 4.5% ABV contains about 220 calories and 26 grams of carbohydrates; compare this to a 14% ABV Four Loko which contains closer to 400 calories per 12-ounce serving (though the standard can is closer to two full servings). If you’re seeking a lighter option, veer away from the brands with all the candy-like flavors; more mild malt liquors like Mickey’s, at 5.6% ABV, have just 160 calories and 11 grams of carbohydrates per 12-ounce bottle.
Enter a delivery address