Brewed in the U.S.A. under the strict supervision of the brewmasters from Leuven, Belgium for uncompromising quality. Over 600 years expertise, brought to life in a beautifully balanced lager. With a flavorful taste and a clean finish. Stella Artois is meant to be savored during social gatherings with friends, and pairs well with steak, mussels and chocolate desserts. Pour this bottled beer in a Stella Artois Chalice for the most authentic and traditional drinking experience.

Stella Artois hails from Leuven, Belgium where it was first made in 1926 by Brouwerij Artois—while it was brewed in Belgium for years, that is not the case as of late. Now, Stella Artois is made in the United States and distributed throughout the country. However, each batch of beer still gets approval from brewers in Belgium to ensure it’s living up to the brewery’s high historical standards, and it still follows the authentic recipe. Stella Artois is owned by Anheuser-Busch, a large American beer company that probably makes a lot of your favorite beers (and seltzers!).
No—Stella Artois is brewed with water, hops, and barley. Barley is a type of grain known as a cereal grain and is not gluten-free. It has about 5 to 8 percent gluten, which is a little less than the amount of gluten in pastry flour. So, if you are gluten-free, you won’t want to have any barley, or Stella Artois by that measure, in your diet. What’s more, Stella Artois is even known to have bread-tasting notes, which might not be a welcome taste to someone who can’t eat gluten. If you want a gluten-free option, you should try Stella Artois’ Cidre.
Stella Artois is an easy-drinking pale lager—and pale lagers are the most consumed variety of beer in the world (so you’re probably pretty accustomed to the taste of this kind of beer). Lagers differ from many other beer styles because of their fermentation process. Lagers are a bottom-fermented beer, which means the beer is made using yeast that collects at the bottom of the fermentation tank, rather than floating on top. Lagers are known for their crisp taste and generally low amount of alcohol content, and in the case of Stella Artois, each bottle is 5% alcohol. This makes it a great beer for an evening of laid-back drinks.
Stella Artois’ authenticity, familiarity, and high quality make it a great gift for any fan of good beer. The history behind the brand sets it apart from the beers made by newer breweries, and the dedication to that history means the gift you’re giving a loved one has a stamp of approval from the master brewers in Belgium. Gifting Stella Artois is kind of like giving someone a Belgian vacation—just without the flight and hotel stay. Plus, Stella Artois is a good beer for any occasion, whether you’re celebrating a birthday, a holiday, sitting by a bonfire, or lounging at the pool. 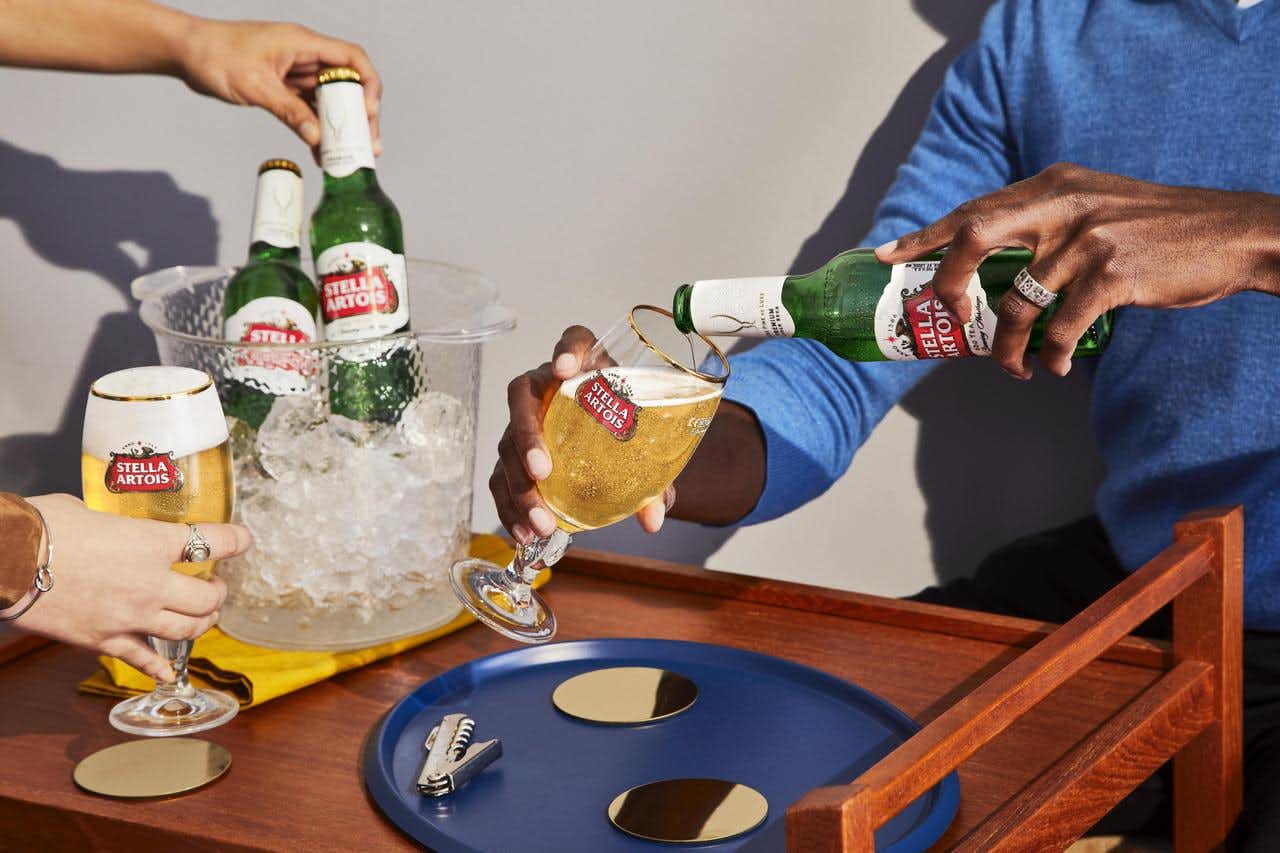