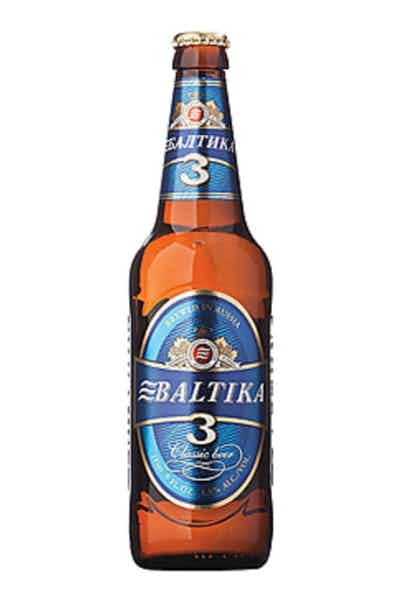 The Baltika #3 Classic beer was first launched in 1992 and has been traditionally the most popular beer among Russian consumers since the mid-90ies due to its invariably high quality. The year of 2004 witnessed a "new birth" of the Baltika #3: the glass bottle received a new shape and label, which was accompanied by the first canning of the brand. In May 2006 the Baltika #3 was produced in an innovative package: a premium 1 liter PET-package that looks practically the same as the half-liter glass bottle. In 2007 the Baltika #3 bottle received an embossed lettering. At the same time the brand was produced in a one-liter aluminum can that was new for the market. In April 2008 a 1.5-liter PET bottle with a "football" design was produced for the Baltika #3, especially for the Russian Football Championship. The PET-glass material has high protective qualities and keeps the most popular Russian beer fresh for a longer period.