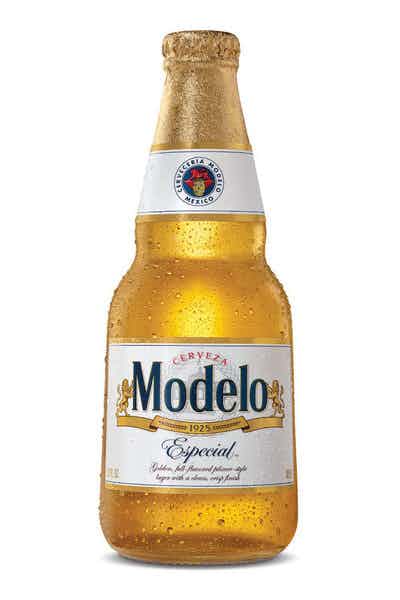 A model of what good beer should be, Modelo Especial Mexican Beer is a rich, full-flavored pilsner beer. This lager beer's golden hue is complemented by its smooth notes of orange blossom honey and hint of herb. A light-hop character, tantalizing sweetness, and a crisp, clean finish make this easy-drinking beer perfect for enjoying at your next barbecue or sharing with friends while watching the game. Pair this 143-calorie*, easy-drinking beer with Mexican dishes, pizza, or seafood for a perfect match. Made with barley malt and unmalted cereals and hops for a balanced flavor, this cerveza is brewed with the fighting spirit. *Per 12 fl. oz. serving of average analysis: Calories 143, Carbs 13.6 grams, Protein 1.1 grams, Fat 0 grams. Drink responsibly. Modelo Especial® Beer. Imported by Crown Imports, Chicago, IL

Super refreshing, easy-to-drink, with a daytime-friendly ABV, Modelo Especial is the type of beer you want in your poolside cooler (with a few slices of lime on the side). Modelo Especial is a light, bubbly Pilsner-style beer made in Mexico. Pilsners are a type of lager, and lagers are distinct in the German bottom-fermenting yeast strains employed in the brewing process. It’s a curious cultural hybrid. In the 19th century, many German immigrants who made their way to the United States continued their journeys south, bringing their Bavarian-inspired beer-making prowess across the Mexican border (you can thank them for Corona beers as well).
Modelo Especial beers are qualified as lager-style brews, which are typically less alcoholic than those made in the ale style. Following that pattern, a 12-ounce bottle of Modelo Especial contains just 4.4% ABV. The lager yeasts are more delicate than the strains used in traditional ales and perform much better in a gentler, less alcohol environment. This overall lighter alcohol content creates a crisp, clean finish and makes these brews an excellent choice for those sweltering Southwest summer temperatures.
Alcohol content is the leading source of calories and carbohydrates in a beer’s nutritional make-up, and Mexican lagers, like Modelo Especial, are known for their lower ABVs. As such, you can expect a 12-ounce bottle of Modelo Especial (at 4.4% ABV) to contain about 140 calories and roughly 14 grams of carbohydrates (the same portion of a 5.5% ABV pale ale will likely cost you upwards of 180 to 200 calories). Nonetheless, even at just 140 calories, a bottle of Modelo Especial packs a full flavor (look for notes of honey, malt, and herbs) and a crisp finish.
Imagine — your friend is sprawled on a beach chair reading a steamy summer romance. They are slightly sticky from lying in the sun too long, but too hooked on the chapter to put the book down and take a dip in the pool. You hand them a frost-cold Modelo Especial with a lime wedge cushioned along the rim of the bottle. At this moment, it’s hard to imagine a better gift than a Modelo Especial. It’s affordable, tasty, refreshing, and most of all, each bottle is topped in gold foil, so it’s wrapped like a present. 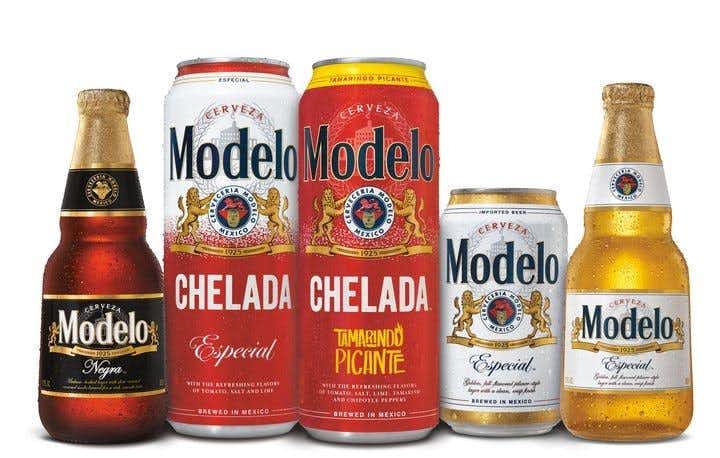 The fight for the Model Beer takes time and turbulence